Arup and CLS Architects have unveiled 3D Housing 05 - a new 3D printed house in central Milan - as part of the Salone del Mobile design festival. Printed on-site by a portable robot, the house showcases the role 3D printing can play in reducing construction waste; it increases efficiencies during the building process and allows materials to be reused at the end of the building's life, rather than ending up as landfill. The Major of Milan, Giuseppe Sala was at the opening ceremony. For more information see the IDTechEx report on 3D printing.
The construction industry is currently one of the world's biggest users of resources; in the UK alone it accounts for 60% of all raw materials consumed. The concrete 3D printed house, the first of its kind within the EU, can be taken apart and reassembled elsewhere. Arup, a knowledge partner of the Ellen McArthur Foundation, has applied learnings from its innovative Circular Building, which was constructed out of fully re-usable components. 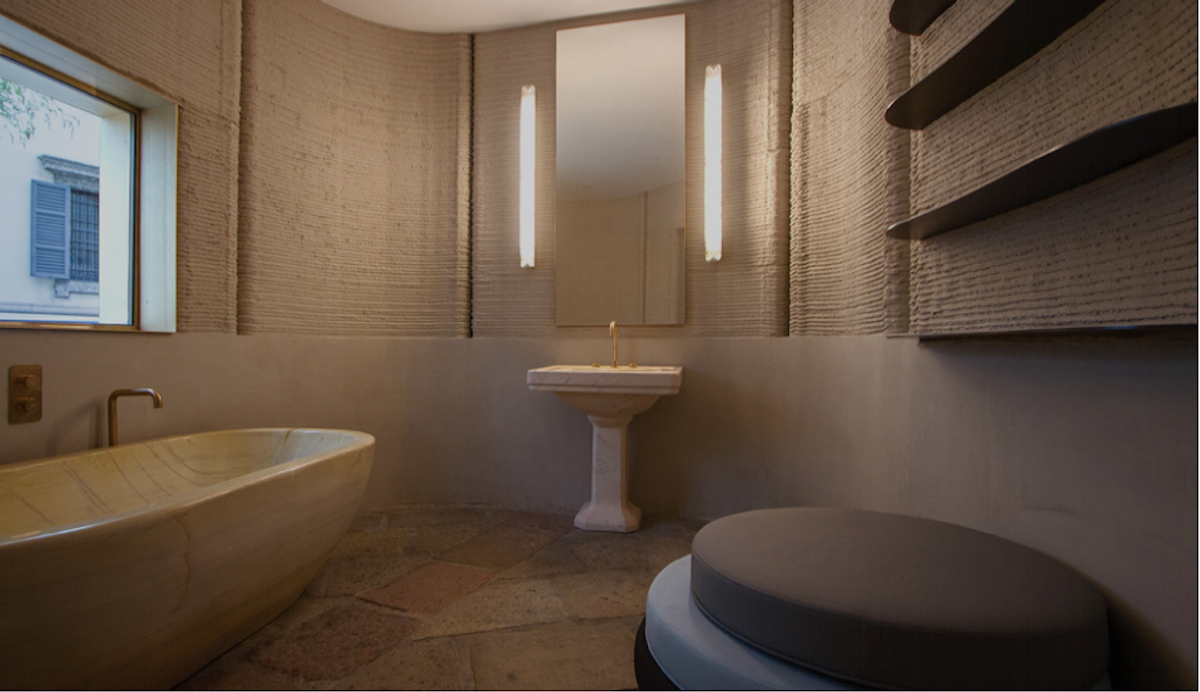 The one storey concrete house, located in the grand Piazza Cesare Beccaria, covers 100 square meters; it has curved walls, a living area, bedroom, kitchen and bathroom. The project differs from many other 3D processes in its use of a robotic manipulator, mounted on a movable base for increased flexibility compared with fixed 3D printers. The house is made up of 35 modules that have each been printed in 60-90 minutes; the full house has been printed in just 48 hours effective time. The building will be moved from the square to a new location after the festival. 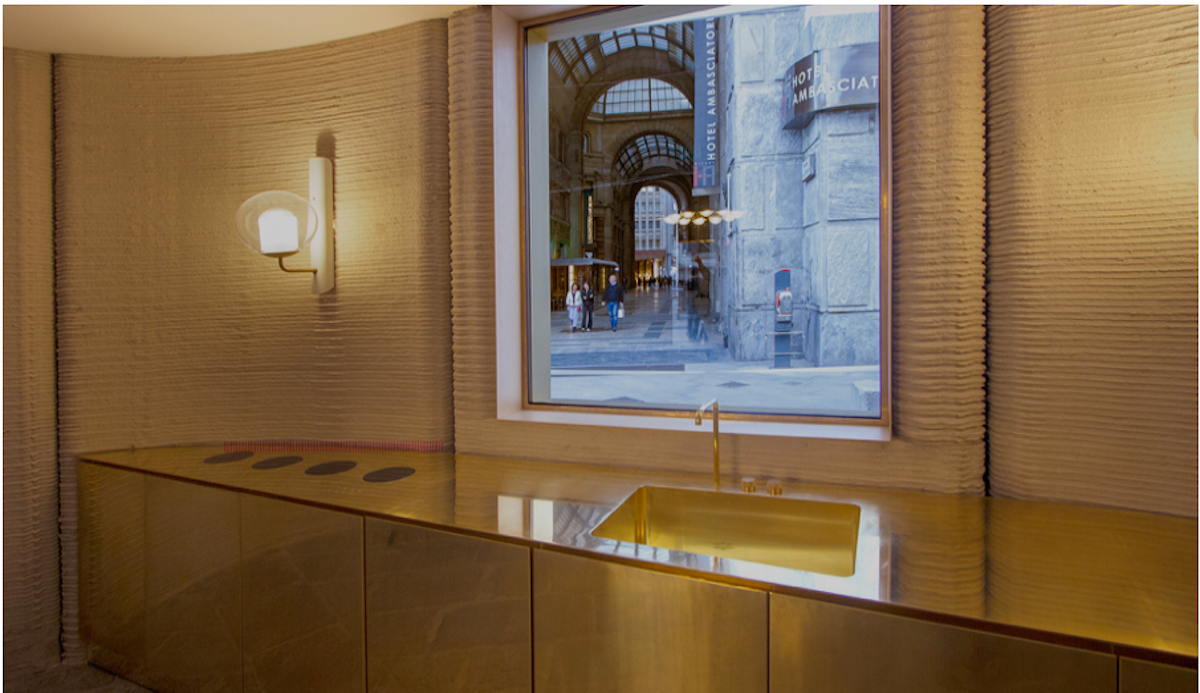 "We are at Salone del Mobile to build momentum. We need to make a major shift in the way the construction industry operates, away from today's 'make, use, dispose' mentality. We've shown with this building that 3D printing technology is now advanced enough to take on more complex structures, and design buildings to be repurposed or reused at the end of their life. This technology is critical to helping our industry become far more accurate, efficient and less wasteful. " says Guglielmo Carra, Europe Materials Consulting Lead at Arup.
A robot from Cybe Construction was used to print the walls, while the roof, windows and doors have been completed afterwards. Italcementi, one of the world's largest cement suppliers, provided advice for the base concrete mix used during the printing operations. Arup is also helping an Amsterdam based start-up, MX3D, with 3D printing a steel pedestrian footbridge. Arup is supporting with the structural design, testing and monitoring of the bridge.
"This building represents a milestone for 3D printing applied to construction. The industry is fast moving towards increased levels of automation. Robots are opening up a number of possibilities for realizing the next generation of advanced buildings. Digital tools combined with new technologies will enable the production of custom made shapes that cannot be produced otherwise. We are pushing the boundaries and contributing to radical innovation through new manufacturing technologies and materials. " says Luca Stabile, Italy Building Practice Leader at Arup.
Source and images: Arup