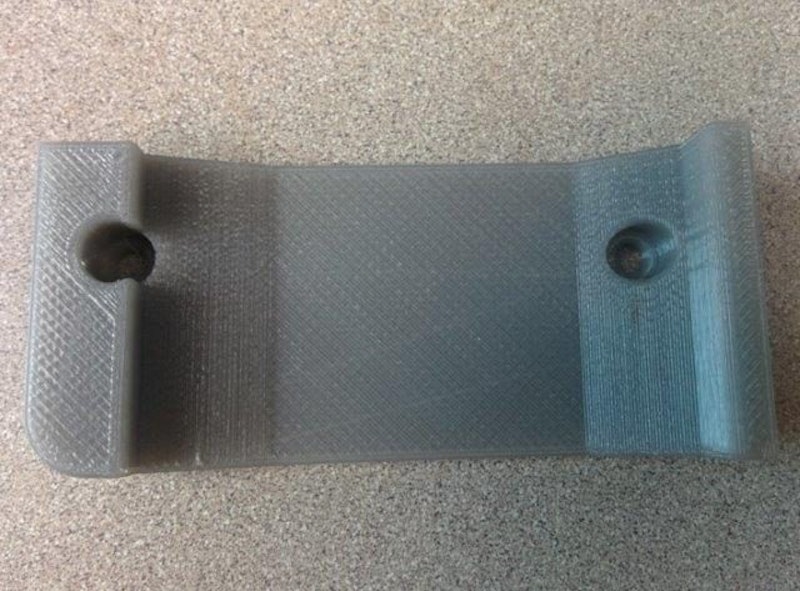 Soldiers on the battlefield or at remote bases often have to wait weeks for vital replacement parts. Now scientists report they have found a way to fabricate many of these parts within hours under combat conditions using water bottles, cardboard and other recyclable materials found on base as starting materials for 3D printing. They say this 'game-changing' advance could improve operational readiness, reduce dependence on outside supply chains and enhance safety. For more information see the IDTechEx report on 3D Printing Materials.
The researchers are presenting their work at the 256th National Meeting & Exposition of the American Chemical Society (ACS). ACS, the world's largest scientific society, is holding the meeting through Thursday. It features more than 10,000 presentations on a wide range of science topics.
"Ideally, soldiers wouldn't have to wait for the next supply truck to receive vital equipment," Nicole Zander, Ph.D., says. "Instead, they could basically go into the cafeteria, gather discarded water bottles, milk jugs, cardboard boxes and other recyclable items, then use those materials as feedstocks for 3D printers to make tools, parts and other gadgets."
Supplying combat troops with food, fuel, ammunition and repair parts is a monumental task, requiring thousands of support staff, contractors and manufacturers. In all, the U.S. Department of Defense has an inventory of 5 million items distributed through eight distinct supply chains, according to the U.S. Government Accountability Office. However, few of these items are stockpiled at front-line locations, meaning that troops in those areas can experience occasional shortages of important materials. Many of these units have 3D printers that can produce spare parts and other equipment, but they rely on conventional feedstocks, such as commercially available plastic filaments, that must be requisitioned, and they can take days, weeks or even months to arrive.
Recently, Zander, U.S. Marine Corps Capt. Anthony Molnar and colleagues at the U.S. Army Research Laboratory explored the possibility of using recycled polyethylene terephthalate (PET) plastic as a starting material for 3D printers. PET plastics, found in water and soda bottles, are common waste materials found around bases, and the researchers realized that this material could be a viable feedstock. They determined that PET filaments, produced by recycling, were just as strong and flexible as commercially available filaments for 3D printers. In tests, the team used recycled PET filaments to print a vehicle radio bracket, a long-lead-time military part. This process required about 10 water bottles and took about two hours to complete.
Initially, the researchers determined that other types of plastic, such as polypropylene (PP), used in yogurt or cottage cheese containers, or polystyrene (PS), used for plastic utensils, were not practical for use in 3D printing. Undeterred, the team sought to strengthen PP by mixing it with cardboard, wood fibers and other cellulose waste materials found on military bases to create new composite filaments. In addition, the very brittle PS was blended with ductile PP to generate a strong and flexible filament.
The researchers used a process called solid-state shear pulverization to generate composite PP/cellulose filaments. In this process, shredded plastic and paper, cardboard or wood flour was pulverized in a twin-screw extruder to generate a fine powder that was then melt-processed into 3D printing filaments. After testing using dynamic mechanical analysis, the scientists concluded that the new composites had improved mechanical properties, and they could be used to make strong 3D-printed materials.
Zander's team is building a mobile recycling trailer that will enable specially trained soldiers to fabricate 3D-printing filaments from plastic waste. She is also exploring ways to print materials from plastic pellets instead of filaments, which could help soldiers quickly produce larger 3D-printed parts and machinery.
"We still have a lot to learn about how to best process these materials and what kinds of additives will improve their properties," Zander says. "We're just scratching the surface of what we can ultimately do with these discarded plastics."
Zander acknowledges funding from the U.S. Army Research Laboratory.
Source and top image: American Chemical Society
Learn more at the next leading event on the topic: 3D Printing & 3D Electronics Europe 2020