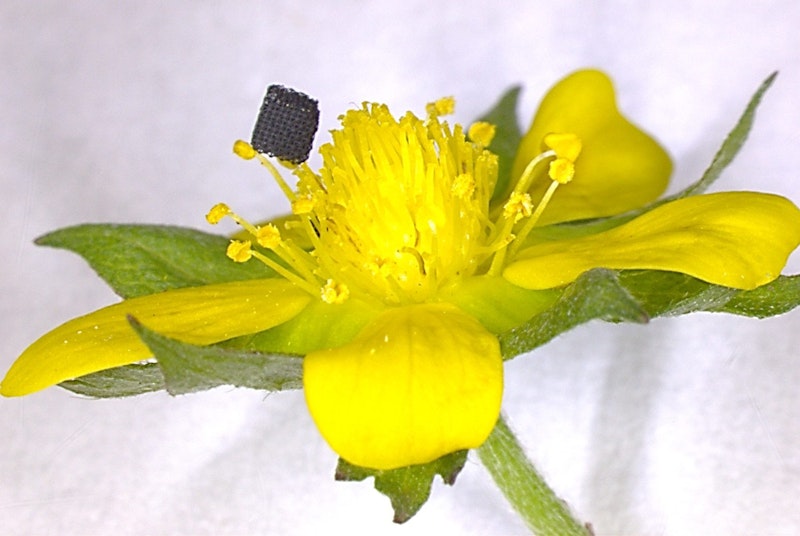 Researchers from Virginia Tech and Lawrence Livermore National Laboratory have developed a novel way to 3D print complex objects of one of the highest-performing materials used in the battery and aerospace industries. For more information see the IDTechEx report on 3D Printing Materials 2018-2028 and Graphene, 2D Materials and Carbon Nanotubes.
Previously, researchers could only print this material, known as graphene, in 2D sheets or basic structures. But Virginia Tech engineers have now collaborated on a project that allows them to 3D print graphene objects at a resolution an order of magnitude greater than ever before printed, which unlocks the ability to theoretically create any size or shape of graphene.
Because of its strength - graphene is one of the strongest materials ever tested on Earth - and its high thermal and electricity conductivity, 3D printed graphene objects would be highly coveted in certain industries, including batteries, aerospace, separation, heat management, sensors, and catalysis.
Graphene is a single layer of carbon atoms organized in a hexagonal lattice. When graphene sheets are neatly stacked on top of each other and formed into a three-dimensional shape, it becomes graphite, commonly known as the "lead" in pencils.
Because graphite is simply packed-together graphene, it has fairly poor mechanical properties. But if the graphene sheets are separated with air-filled pores, the three-dimensional structure can maintain its properties. This porous graphene structure is called a graphene aerogel.
"Now a designer can design three-dimensional topology comprised of interconnected graphene sheets," said Xiaoyu "Rayne" Zheng, assistant professor with the Department of Mechanical Engineering in the College of Engineering and director of the Advanced Manufacturing and Metamaterials Lab. "This new design and manufacturing freedom will lead to optimization of strength, conductivity, mass transport, strength, and weight density that are not achievable in graphene aerogels."
Zheng, also an affiliated faculty member of the Macromolecules Innovation Institute, has received grants to study nanoscale materials and scale them up to lightweight and functional materials for applications in aerospace, automobiles, and batteries.
Previously, researchers could print graphene using an extrusion process, sort of like squeezing toothpaste, but that technique could only create simple objects that stacked on top of itself.
"With that technique, there's very limited structures you can create because there's no support and the resolution is quite limited, so you can't get freeform factors," Zheng said. "What we did was to get these graphene layers to be architected into any shape that you want with high resolution."
This project began three years ago when Ryan Hensleigh, lead author of the article and now a third-year Macromolecular Science and Engineering Ph.D. student, began an internship at the Lawrence Livermore National Laboratory in Livermore, California. Hensleigh started working with Zheng, who was then a member of the technical staff at Lawrence Livermore National Laboratory. When Zheng joined the faculty at Virginia Tech in 2016, Hensleigh followed as a student and continued working on this project.
To create these complex structures, Hensleigh started with graphene oxide, a precursor to graphene, crosslinking the sheets to form a porous hydrogel. Breaking the graphene oxide hydrogel with ultrasound and adding light-sensitive acrylate polymers, Hensleigh could use projection micro-stereolithography to create the desired solid 3D structure with the graphene oxide trapped in the long, rigid chains of acrylate polymer. Finally, Hensleigh would place the 3D structure in a furnace to burn off the polymers and fuse the object together, leaving behind a pure and lightweight graphene aerogel.
"It's a significant breakthrough compared to what's been done," Hensleigh said. We can access pretty much any desired structure you want."
The key finding of this work, which was recently published with collaborators at Lawrence Livermore National Laboratory in the journal Materials Horizons, is that the researchers created graphene structures with a resolution an order of magnitude finer than ever printed. Hensleigh said other processes could print down to 100 microns, but the new technique allows him to print down to 10 microns in resolution, which approaches the size of actual graphene sheets.
"We've been able to show you can make a complex, three-dimensional architecture of graphene while still preserving some of its intrinsic prime properties," Zheng said. "Usually when you try to 3D print graphene or scale up, you lose most of their lucrative mechanical properties found in its single sheet form."
Source and top image: Virginia Tech