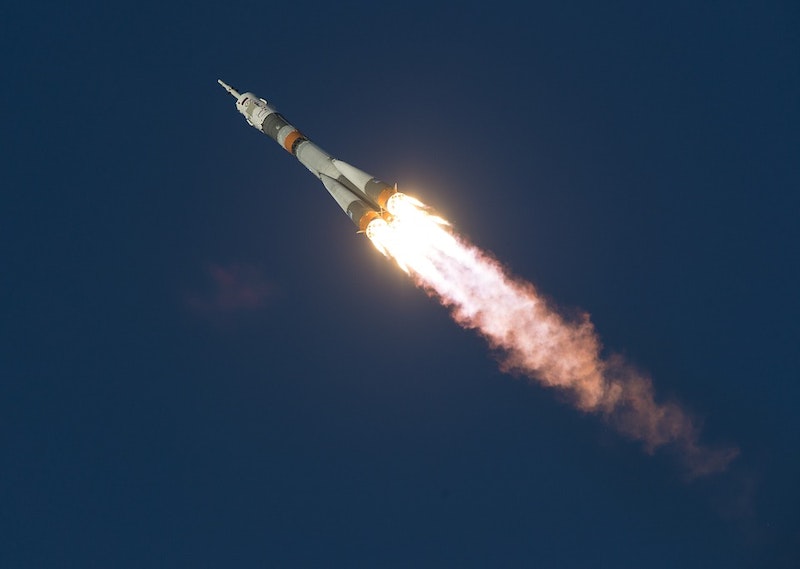 James Cook University (JCU) scientists in Australia are using 3D printing to create fuels for rockets, and using tailor-made rocket motors they've built to test the fuels. For more information see the IDTechEx report on 3D Printing 2019-2029.
JCU lecturer in mechanical engineering Dr Elsa Antunes led the study, which made use of the revolutionary and rapidly advancing 3D printing technology. The JCU scientists 3D printed fuel grains (solid, plastic-based fuel) for the hybrid rockets using plastics and other materials.
"We wanted to explore the viability of using commercially available 3D printing materials in the manufacture of hybrid rocket fuel grains. We knew that the common plastic Acrylonitrile Butadiene Styrene (ABS) has shown promise so we decided to test that against six other compounds," she said.
Dr Antunes said the use of hybrid fuelled rockets has become almost commonplace. These types of rockets are safer and easier to control than conventional rockets.
"3D printing has meant designers have been able to make more complex geometries for rockets and has also opened up the possibility of using novel fuels to power them," she said. "The last decade has seen an almost exponential increase in the number of rocket launches for sub-orbital scientific missions or for delivering payloads into low Earth orbits. There are many new investors and there is an increased demand for satellites."
The scientists 3D printed the rocket and then made a test rig for it at JCU's Townsville campus. They tested the fuel grain recipes in three second burns of the motor, before dissecting the fuel cells to further analyse their performance.
"We were disappointed with the polylactic acid and aluminium composite, we think it is largely due to the size, shape and surface area of the aluminium particles - but that's another thing that we can explore in the near future while taking advantage of modern manufacturing techniques," said Dr Antunes.
She said the experiment design was relatively simple, as the main objective was to select the best 3D printed fuel grains for a large-scale test, as a first step toward a large-scale engine firing campaign and testing of innovative materials.
"There are many new avenues opening up for people working in the field. With new manufacturing techniques such as 3D printing we are able to do things that were just impossible in the past," she said.
Source: James Cook University
Top image: Pixabay
Learn more at the next leading event on the topic: 3D Printing & 3D Electronics Europe 2020