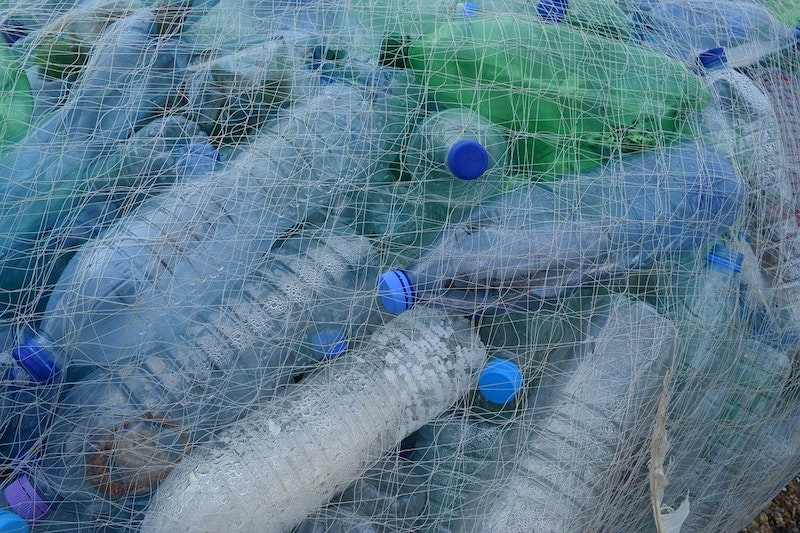 Repairing and reusing plastics and delivering cancer drugs more effectively are only two of many of the potential applications a new 3D/4D printing technology might have, thanks to the pioneering work of a research collaboration between UNSW Sydney and The University of Auckland. For more information see the IDTechEx report on 3D Printing Materials 2019-2029: Technology and Market Analysis.
The researchers have revealed the successful merging of 3D/4D printing and photo-controlled/living polymerisation - a chemical process to create polymers - in a paper published in Angewandte Chemie International Edition on Friday. 4D printing is a subset of 3D printing where the printed object can transform its shape in response to certain conditions. The new controlled polymerisation method, where the researchers used visible light to create an environmentally friendly "living" plastic or polymer, opens a new world of possibilities for the manufacture of advanced solid materials.
Polymers can be synthetic, such as plastic, as well as biological, for example, DNA. The research built upon the UNSW Sydney Boyer Lab's 2014 discovery of PET-RAFT polymerisation (Photoinduced Electron/energy Transfer-Reversible Addition Fragmentation Chain Transfer polymerisation), a new way to make controlled polymers using visible light, using the Reversible Addition Fragmentation Chain Transfer (RAFT) polymerisation technique discovered by the CSIRO (Graeme Moad, San Thang and Enzo Rizzard). Such polymers can be reactivated for further growth, unlike traditional polymers which are "dead" after being made.
Since this development, the technology has expanded and has proven useful for making well-controlled molecules for many applications, including drug delivery and other biomaterials.
World-first discovery
Lead author Cyrille Boyer said his team's latest breakthrough was a world first in the development of a new 3D printing system using PET-RAFT polymerisation, to allow 3D printed materials to be easily modified after printing.
"Controlled polymerisation has never been used in 3D and 4D printing before, because the rates of typical controlled polymerisation processes are too slow for 3D/4D printing, where the reaction must be fast for practical printing speeds," Prof Boyer said. "After two years of research and hundreds of experiments, we developed a rapid process compatible with 3D printing. In contrast to conventional 3D printing, our new method of using visible light allows us to control the architecture of the polymers and tune the mechanical properties of the materials prepared by our process. This new process also gives us access to 4D printing and allows the material to be transformed or functionalised, which was not previously possible."
UNSW's Nathaniel Corrigan, co-first author with UNSW PhD candidate Zhiheng Zhang, said a bonus advantage of their new system was the ability to finely control all molecules in the 3D-printed material.
"4D printing is a subset of 3D printing. But with 4D printing, the 3D-printed object can change its shape and chemical or physical properties and adapt to its environment," Dr Corrigan said. "In our work, the 3D-printed material could reversibly change its shape when it was exposed to water and then dried. For example, the 3D object starts as a flat plane and when exposed to certain conditions, it will start to fold - that's a 4D material. So, the fourth dimension is time."
From reducing waste to biomedical applications
The researchers are hopeful that their new 3D/4D printing process using PET-RAFT polymerisation will lead to the production of functional materials to solve many of the problems facing society today.
Prof Boyer said the new method had a multitude of applications for everyday items - particularly if a deformed or broken object needed to be repaired or modified. "The main application is of course recycling, because instead of using a plastic object once, it can be repaired and reused," he said. "For ordinary recycling you take the materials away and have to reconstruct them, but for the new 'living' material it will be able to repair itself. For example, if you want to put the UNSW logo on a mug, you can modify the surface of the object and grow the polymers to show UNSW because the object is not dead; it's a living object and can continue to grow and expand."
Dr Corrigan said another major benefit of the new process was its compatibility with biomedicine, because extreme conditions were unnecessary. "Current 3D printing approaches are typically limited by the harsh conditions required, such as strong UV light and toxic chemicals, which limits their use in making biomaterials," he said. "But with the application of PET-RAFT polymerisation to 3D printing, we can produce long polymer molecules using visible light rather than heat, which is the typical polymerisation method. Using heat above 40 degrees kills cells, but for visible light polymerisation we can use room temperature, so the viability of the cells is much higher."
Prof Boyer said objects made through this new process could more easily be used in advanced bio-applications, such as tissue engineering, for example, where a tissue structure is used to form new, viable tissue for medical purposes. "Our new method targets small scale, niche applications in fields like microelectronics and biomedicine - a huge area for us - that require very advanced polymers," he said.
3D and 4D printing for everyone
Prof Boyer said their new technique would allow commercial and non-expert operators to produce materials with seemingly endless properties and applications. "We want to explore our system to find and address any limitations to allow for better uptake and implementation of this technology," he said. "There is so much we can do by combining 3D and 4D printing with controlled polymerisation to make advanced and functional materials for many applications to benefit society."
Source: University of New South Wales
Top image: Pixabay
Learn more at the next leading event on the topic: 3D Printing & 3D Electronics Europe 2020