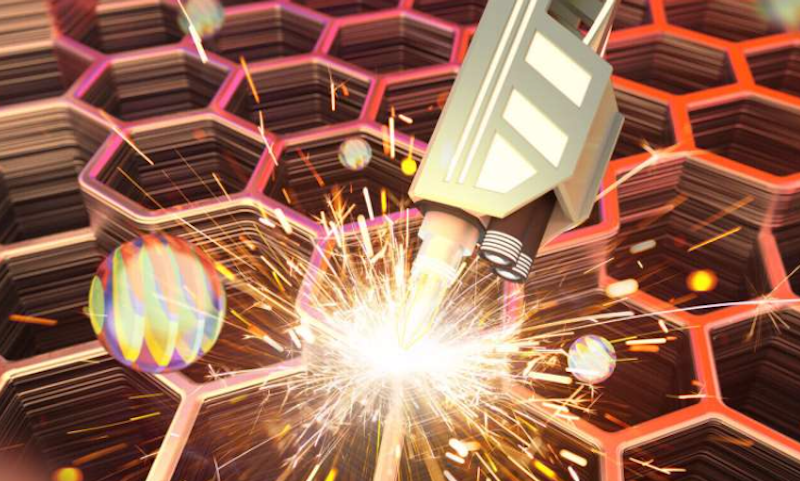 Scientists at the University of Maryland (UMD) have developed a novel elastocaloric cooling material, comprised of a nickel (Ni)-titanium (Ti) alloy and sculpted using additive technology, that is highly efficient, eco-friendly and easily scaled-up for commercial use. The study was published in the journal Science on November 29. For more information see the IDTechEx report on 3D Printing Materials 2019-2029: Technology and Market Analysis.
Cooling technology, used in refrigeration and HVAC systems around the globe, is a multi-billion dollar business. Vapor compression cooling, which has dominated the market for over 150 years, has not only plateaued where efficiency is concerned, but also uses chemical refrigerants with high global-warming potential (GWP). Solid-state elastocaloric cooling, where stress is applied to materials to release and absorb (latent) heat, has been under development for the last decade and is a front-runner in the so-called alternative cooling technologies. Shape-memory alloys (SMAs) are found to display a significant elastocaloric cooling effect; however, presence of hysteresis - work lost in each cycle and cause of materials fatigue and eventual failure - remains a challenge.
To that end, an international team of collaborators led by UMD A. James Clark School of Engineering Professor Ichiro Takeuchi has developed an improved elastocaloric cooling material using a blend of nickel and titanium metals, forged using a 3D printer, that is not only potentially more efficient than current technology, but is completely 'green.' Moreover, it can be quickly scaled up for use in larger devices.
"In this field of alternative cooling technologies, it's very important to work on both the materials end, as well as the systems end - we are fortunate to have a highly-qualified team of experts at UMD College Park to work on both ends," said Professor Takeuchi. "It's only when these two efforts closely align that you make rapid progress, which our team was able to do."
Comparatively speaking, there are three classes of caloric cooling technology - magnetocaloric, electrocaloric and elastocaloric - all of which are 'green' and vapor-less. Magnetocaloric, the oldest of the three, has been under development for 40 years and is just now on the verge of being commercialized.
"The need for additive technology, otherwise known as 3D printing, in this field is particularly acute because these materials also act as heat exchangers, delivering cooling to a medium such as water," said Takeuchi. Takeuchi has been developing this technology for almost a decade - he received the UMD Outstanding Invention of the Year for this research in 2010, and the DOE ranked elastocaloric cooling, also known as thermoelastic cooling, #1 as the 'most promising' of alternative cooling technology in 2014 - and it is one step closer to commercialization.
"The key to this innovation that is fundamental, but not often discussed, is that materials fatigue - they wear out," said Takeuchi. "This is a problem when people expect their refrigerators to last for a decade, or longer. So, we addressed the problem in our study."
The team tested their creation heavily - the material underwent one million cycles over a four-month period and still maintained its integrity. "Some known elastocaloric materials start showing degradation in cooling behavior after just hundreds of cycles. To our surprise, the new material we synthesized showed no change after one million cycles," said Hou, the first author of the work. The metal additive manufacturing which uses a laser to melt and then mix metals in powder form. By controlling the powder feed, the team was able to produce nanocomposites which gave rise to the robust mechanical integrity in the material.
Source and top image: University of Maryland