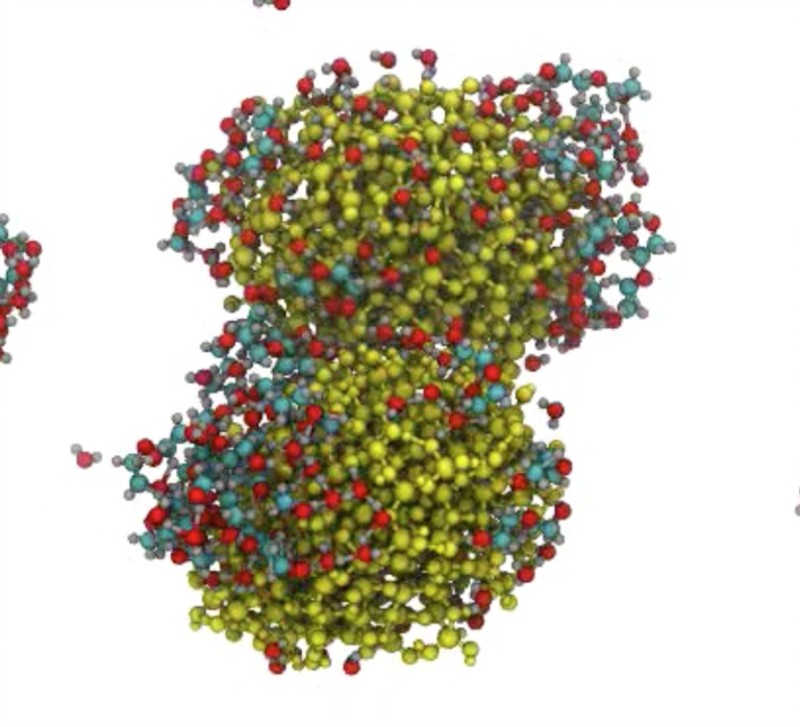 As the complexity and applications of additive manufacturing increase, Penn State researchers are digging down to the smallest scales to optimize the technology on a molecular level.
"There are still a lot of unknowns about how 3D printing actually works," said Adri van Duin, principal investigator of the project and professor of mechanical engineering, chemical engineering, and engineering science and mechanics at Penn State. "For this project, we theorized you could learn a lot by looking at the various molecules they're operating with." For more information see the IDTechEx report on 3D Printing Materials 2019-2029: Technology and Market Analysis.
A paper published in the Physical Chemistry Chemical Physics Journal details how researchers examined additive manufacturing methods and materials using atomistic-scale simulations to optimize their performance for ultimately stronger and more useful 3D-printed components.
"We went down to the most fundamental level, looking at the physical chemistry and the strengths of these molecular interactions," van Duin said. Specifically, his team scrutinized the reactions occurring within a binder jetting solution used for 3D printing, which essentially acts as the glue that bonds the printed layers of primary materials together.
"You want the glue to organize itself in the space between the nanoparticles," van Duin said. It's also ideal if the molecules still have the ability to move."
For the purposes of this study, van Duin and his team created a computational framework using ReaxFF, a program for modeling atomistic chemical reactions, to study chromium-oxide nanoparticles, a metal commonly used in additive manufacturing, and binders containing water-based diethylene glycol solutions that form strong connections through a hydrogen bond network. "The design focus is modifying these components and examining the impacts of temperature phases to get the optimal binding strength, while also allowing the molecules to move on the surface together," van Duin said.
After these molecules are successfully bound together, the high temperatures within a 3D printer needed for curing and sintering essentially boil away the now-unnecessary organic molecules, while keeping the metal oxides merged in the finished piece. According to the computational framework designed for the experiment, if these temperatures are too high, it can instead burn out these crucial bonds and result in a decomposition of the final piece.
However, van Duin and the team of researchers found that by tweaking the amounts of diethylene glycol and water present in the binder solution, they could intensify the occurrence of strong hydrogen bonds, which allowed the mixed material to withstand and thrive under higher temperatures.
While the results of this experiment have predicted the ability to enhance the creation of 3D-printed parts using chromium-oxide particles, the real strength of this research lies in the computational models. With the creation of this framework, these experiments can be deployed to find the optimal binder chemistry, curing and sintering conditions for any potential materials that can be used in additive manufacturing.
"Once you understand how strong bindings can be formed, we can apply it to anything we want," van Duin said. "If we want to try this with peptides, we can simulate that."
The computations are inexpensive and completed in a relatively short amount of time, which allows researchers to investigate and model new organic molecules to see which methods and materials are most promising for additive manufacturing applications. The research is the result of a seed grant from the Penn State Institute for Computational and Data Sciences (ICDS), formerly the Institute for CyberScience, which demonstrates the intrinsic interdisciplinary nature of the additive manufacturing field.
In addition, this research brought together van Duin and Guha Manogharan, assistant professor of mechanical engineering and industrial engineering at Penn State, who specializes in additive manufacturing. Since many of his projects work extensively with binder jetting solutions, Manogharan sought to look beyond the traditional confines of manufacturing optimizations.
"This is a good example of support from complementary institutes and centers within Penn State where the strength of my lab, the SHAPE Lab (Systems for Hybrid Additive Manufacturing), in additive manufacturing, is seamlessly integrated with the strong capabilities of ICDS to explore an uncharted but critical research area," Manogharan said.
Providing further understanding of how molecules can be modified and enhanced before they ever enter in a 3D printer is an area where the researchers see great promise. "By understanding the process on a nanoscale, we don't have to redesign a printer," van Duin said. "But you can greatly accelerate the optimization of the manufacturing."
Source and top image: Penn State University
Learn more at the next leading event on the topic: 3D Printing & 3D Electronics Europe 2020