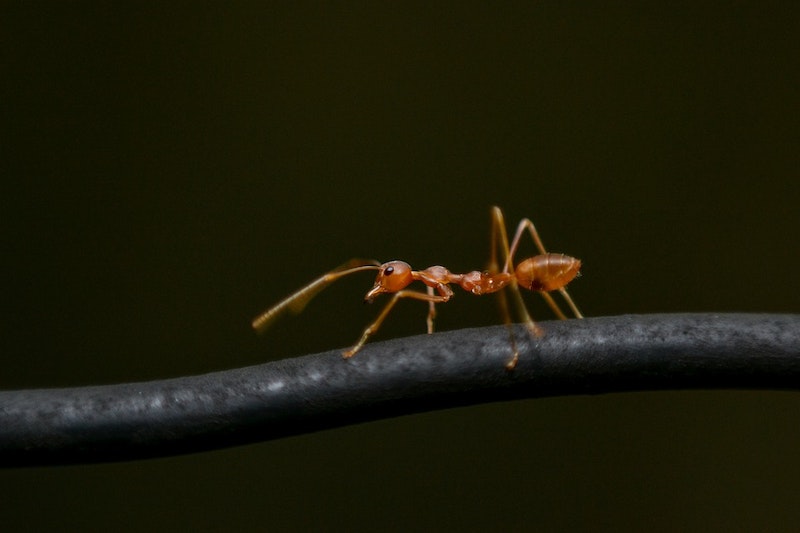 A research team from the universities of Seville and Cadiz has developed NeuroPod, an automaton that simulates the activity of a six-legged insect. The model, which walks, trots and runs, uses efficient and cost effective materials. It could therefore pave the way for the creation of prostheses or structures for the rehabilitation of spinal cord injuries at a reduced cost compared with those currently in use.
A research team from the universities of Seville and Cadiz has developed a robotic model based on insects' movements which reproduces their walking, trotting and running patterns in a robot with negligible loss of balance or intermediate delays in the change of gait, as occurs naturally in living beings. Its name is NeuroPod and it lays the foundations for the creation of more accurate and precise prostheses, without added delays between the signals received and the respective movements. For further information see the IDTechEx report on Mobile Robots, Autonomous Vehicles, and Drones in Logistics, Warehousing, and Delivery 2020-2040.
This is the first attempt of this kind at implementing an artificial  spiking moto-neurological system with real-time response and it is based on an artificial neural network whose structure and design are modelled on biological nervous systems. Thus, in the article 'Neuropod: A real-time neuromorphic spiking CPG applied to robotics' published in the journal Neurocomputing, the researchers propose a valid model that replicates real movements in response to external stimuli by minimising energy consumption as well as reducing computing time.
The insect works almost like a real living being. The skeleton is created with 3D printing and contains 18 servomotors, which simulate the nervous and motor systems. These devices are equipped with a decoder that converts mechanical motion into digital pulses interpreted by a movement controller. In this way, the researchers apply neuromorphic engineering, thus combining biology, physics, mathematics, computer science, and electronics.
Just as in a living body, where the spinal cord creates patterns of movement such as those produced when breathing, running or swimming, this robot contains a Central Pattern Generator (CPG) that distributes gait change commands to the different systems. These react by modifying the speed or intensity of the specific action immediately.
In this manner new rhythmic motions are created in response to a specific stimulus without any delay times. "The problem up to now has been that there is a wait time between the command and the response that prevents a natural gait change. We have managed to get NeuroPod to create a new rhythm pattern in response to an impulse that remains constant without interruptions," Daniel Gutiérrez, a researcher at the University of Seville and author of the article, informs Fundación Descubre.
In addition, the model does not require a server, allowing the use of small structures and reducing costs. This results in a small robot, with no delay in motion changes and easily replicable for other applications.
Human neurons made binary
The system uses only 30 artificial neurons, a lower number than other similar models, and links their activity to movement. Thus, they simulate three different gait patterns in insects: walking, trotting and running. On the other hand, the model allows for the addition of auditory and visual sensors. In this way, the robot could respond to a particular sound or image and automatically modify its pattern.
Human neurons function by means of electrical or chemical stimuli that transmit information to the body. In the same manner, an artificial neuron receives a stimulus, in this case encoded in computer language, processes the information and produces a response.
Human neurons also build networks interlinking them in order to achieve an efficient exchange of the commands they receive and the expected responses. The network applied by the researchers in this study is called a Spiking Neural Network and is based on the transmission of a stimulus through connections among neurons. These connections may introduce delays in the transmission of information depending on the complexity of the model being simulated. Accordingly, the experts have achieved a model with a continuous response with a negligible latency, thereby producing a better response to changes in motion patterns.
Additionally, in order for the information transmitted to be correct, the researchers had to first configure the artificial neurons by taking insect behaviour as their reference, which would be similar to programming a brain. This process is carried out by a machine called SpiNNaker, designed and built at the University of Manchester, and capable of synchronising more modelled biological neurons in real time than most other machines. Hence, NeuroPod supports a SpiNNaker board responsible for this neural modelling.
The researchers are continuing their trials by adding auditory or tactile sensors to the robot in order to improve its performance. Likewise, they seek to achieve new motion patterns that would allow the replication of natural postures.
Source and top image: Fundación Descubre