Report Reveals UK at the Forefront of 3D Printing 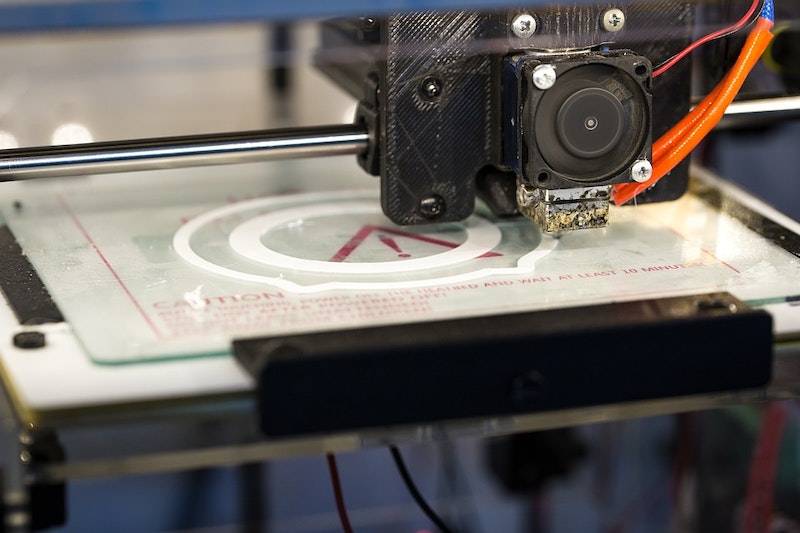 Businesses in the UK filed more additive manufacturing (AM) patent applications in Europe over the last decade - a sign that investment in AM remains strong, according to European intellectual property firm, Withers & Rogers.
The Patents and additive manufacturing report published by the European Patent Office (EPO) shows that the UK is the second largest European contributor to AM innovation, accounting for five percent of all AM patent applications at the European Patent Office (EPO), with Germany leading the field with 19 percent. Highlighting the UK's position as a European hub for innovation in 3D printing, the report revealed the city of Derby at number seven in a ranking of 15 major European innovation centres for AM technologies, with Munich, Barcelona and Zurich taking the top positions. For further information see the IDTechEx report on 3D Printing 2019-2029: Technology and Market Analysis.
The volume of AM patent applications filed by businesses in Europe increased at an average annual rate of 36 percent from 2015 to 2018 - over ten times faster than the average yearly growth of all applications at the EPO combined, in the same period (3.5%).
European inventors and businesses accounted for almost half of all AM patent applications filed with the EPO in the period from 2010 to 2018.
James Gray, partner and patent attorney at European intellectual property firm, Withers & Rogers, said: "These statistics are positive for both the UK and Europe, confirming that activity around 3D printing technologies remains strong, despite challenging market conditions. It is excellent to see the UK recognised both for its regional innovation hubs, but also as a highly specialised player, boasting one of the highest degrees of specialisation in AM patenting in Europe. The UK has a long-standing history as a driver of innovation and the EPO's latest report offers clear evidence of its sustained momentum and investment."
For reference:
Full details of the Patent and additive manufacturing report can be found here.
About Withers & Rogers:
Established in 1884, Withers & Rogers LLP is a leading European intellectual property (IP) firm providing expert advice on the protection and enforcement of IP rights particularly for inventions, designs and trade marks. Reflecting the firm's distinctive entrepreneurial personality, its patent and trade mark attorneys come with a depth of specialist understanding and pride themselves on helping businesses to commercialise their IP. With close to 200 partners and staff, Withers & Rogers has four principal regional bases in the UK at London, Bristol, the Midlands and Sheffield and an office in Munich. The firm's client portfolio stretches across the Americas, the Far East and Australia as well as mainland Europe. Withers & Rogers has a large, technology-diverse client base ranging from major corporations and multi-nationals to small and medium-sized enterprises and universities, www.withersrogers.com