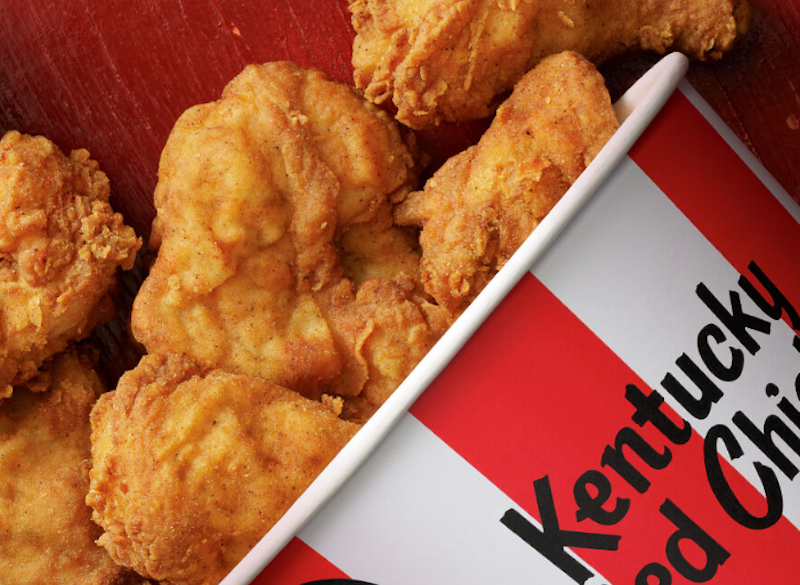 KFC is taking the next step in its innovative concept of creating a "restaurant of the future" by launching the development of 3D bioprinting technology to create chicken meat in cooperation with the 3D Bioprinting Solutions research laboratory. The idea of ​​crafting the "meat of the future" arose among partners in response to the growing popularity of a healthy lifestyle and nutrition, the annual increase in demand for alternatives to traditional meat and the need to develop more environmentally friendly methods of food production. The project aims to create the world's first laboratory-produced chicken nuggets. They will be as close as possible in both taste and appearance to the original KFC product, while being more environmentally friendly to produce than ordinary meat. Receiving a final product for testing is already planned for the fall of 2020 in Moscow.
3D Bioprinting Solutions is developing additive bioprinting technology using chicken cells and plant material, allowing it to reproduce the taste and texture of chicken meat almost without involving animals in the process. KFC will provide its partner with all of the necessary ingredients, such as breading and spices, to achieve the signature KFC taste. At the moment, there are no other methods available on the market that could allow the creation of such complex products from animal cells. For further information see the IDTechEx report on Plant-based and Cultured Meat 2020-2030.
The bioprinting method has several advantages. Biomeat has exactly the same microelements as the original product, while excluding various additives that are used in traditional farming and animal husbandry, creating a cleaner final product. Cell-based meat products are also more ethical - the production process does not cause any harm to animals. Along with that, KFC remains committed to continuous improvement in animal welfare from the farm and through all aspects of our supply chain, including raising, handling, transportation and processing.
Also, according to a study by the American Environmental Science & Technology Journal, the technology of growing meat from cells has minimal negative impact on the environment, allowing energy consumption to be cut by more than half, greenhouse gas emissions to be reduced 25 fold and 100 times less land to be used than traditional farm-based meat production.
"At KFC, we are closely monitoring all of the latest trends and innovations and doing our best to keep up with the times by introducing advanced technologies to our restaurant networks. Crafted meat products are the next step in the development of our "restaurant of the future" concept. Our experiment in testing 3D bioprinting technology to create chicken products can also help address several looming global problems. We are glad to contribute to its development and are working to make it available to thousands of people in Russia and, if possible, around the world," said Raisa Polyakova, General Manager of KFC Russia & CIS.
"3D bioprinting technologies, initially widely recognized in medicine, are nowadays gaining popularity in producing foods such as meat. In the future, the rapid development of such technologies will allow us to make 3D-printed meat products more accessible and we are hoping that the technology created as a result of our cooperation with KFC will help accelerate the launch of cell-based meat products on the market," said Yusef Khesuani, co-founder and Managing Partner of 3D Bioprinting Solutions.
Scientists all over the world are working hard on solutions that would allow stable food provision for the growing global population while reducing the negative impact on the environment. The use of technologies based on 3D bioprinting may become a promising field in this area.
Source and top image: KFC