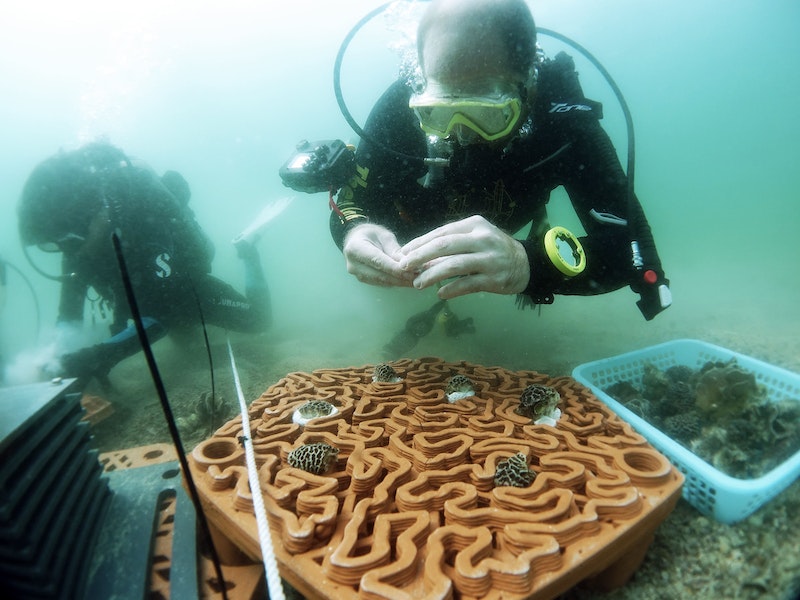 Architects and marine scientists at the University of Hong Kong (HKU) have jointly developed a novel method for coral restoration making use of specially designed 3D printed artificial 'reef tiles' for attachment by corals to enhance their chance of survival in the Hoi Ha Wan Marine Park in Hong Kong waters.
The restoration project was commissioned by the Agriculture, Fisheries and Conservation Department (AFCD) as part of the active management of coral communities in the Marine Park. Architects from the Robotic Fabrication Lab, under the Fabrication and Material Technologies Lab of the Faculty of Architecture, and marine scientists from the Swire Institute of Marine Science (SWIMS) of the Faculty of Science at HKU collaborated to produce reef tiles tailored for coral attachment and monitor the development of the coral community in the Marine Park. For more information see the IDTechEx report on 3D Printing Materials 2019-2029: Technology and Market Analysis.
The Marine Park is a local biodiversity hotspot accounting for more than three-quarters of reef-building corals in Hong Kong and more than 120 fish species. However, in recent years, gradual deterioration of the coral habitat, a process known as bioerosion, coupled with coral bleaching and mass mortality events in 2015-2016, are putting the future of the coral community at risk.
Under the project, 3D printed terracotta 'reef tiles', designed and developed by the Robotic Fabrication Lab, covering roughly 40 square metres in total, were deployed in July 2020 at three selected sites within the Marine Park, including Coral Beach, Moon Island, and a sheltered bay near the WWF Marine Life Centre. 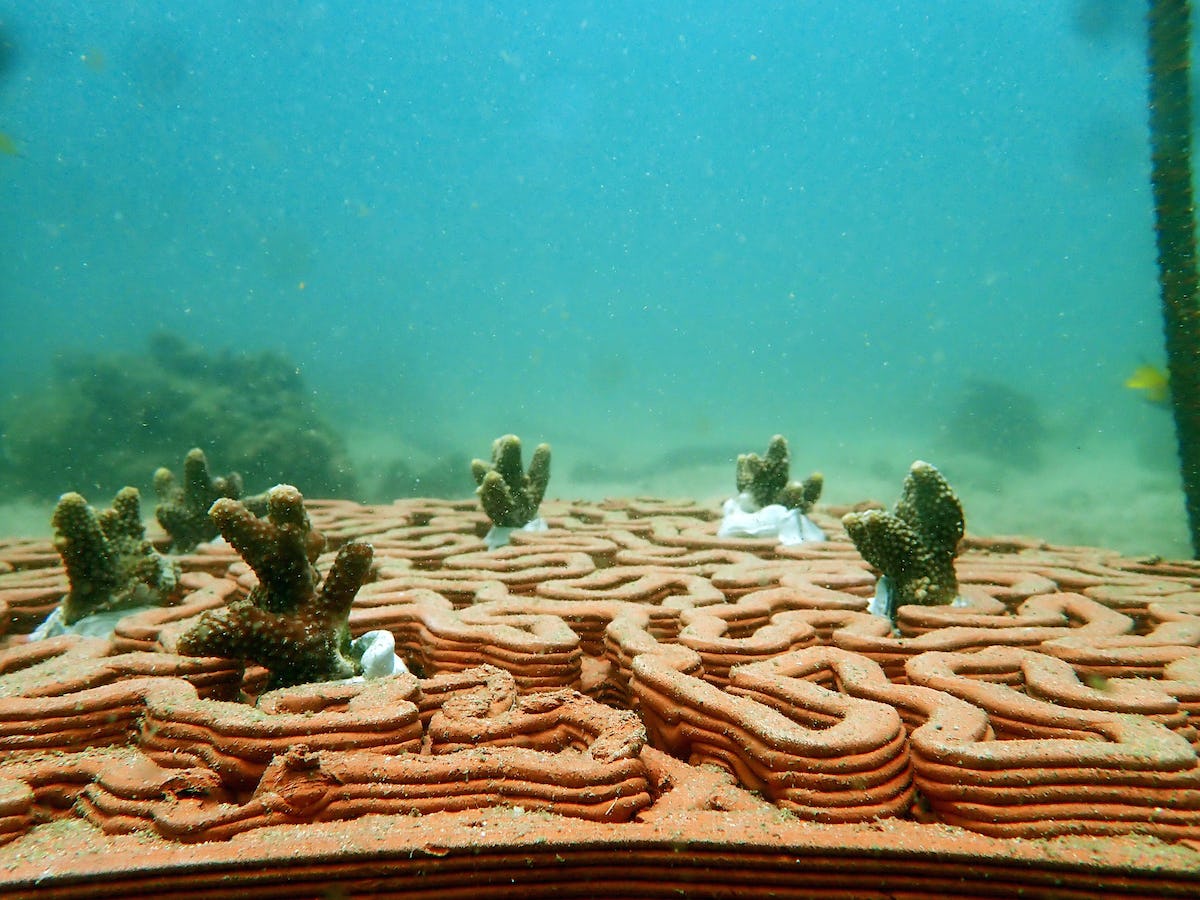 To help corals survive and thrive
The artificial reef tiles are specially designed to aid coral restoration by providing a structurally complex foundation for coral attachment and to prevent sedimentation, one of the major threats to corals. They provide anchors for corals of opportunity, i.e. dislodged coral fragments that are unlikely to survive on their own, giving them a second chance to thrive.
The tiles, seeded with coral fragments, were outplanted in July 2020. Three coral species historically common in the Marine Park, namely Acropora, Platygyra and Pavona, were selected for the study. They have different growth forms, representing the branching 'staghorn', massive 'brain', and foliose 'plating' colony forms, creating a diverse habitat for other marine species. Marine scientists at SWIMS will investigate the success of restoration using the mono-, mix- and polyculture of the three coral species, while researchers will monitor the performance of corals on the tiles for the next one and a half years.
The 128 pieces of reef tile with a diameter of 600mm were printed through a robotic 3D clay printing method with generic terracotta clay and then fired at 1125 degrees Celsius. The design was inspired by the patterns typical to corals and integrated several performative aspects addressing the specific conditions in Hong Kong waters.
In addition to the novel design of the tiles, the materials used are more eco-friendly than the conventional use of concrete and metal. The tiles were printed in clay and then hardened to terracotta (ceramic) in a kiln. The team plans to expand their collaboration to new designs with additional functions for seabed restoration in the region.
The researchers hope that this new method for artificial reef tiles will help to restore corals and conserve biodiversity more effectively, and become a vital contribution to the ongoing global efforts to save the degraded coral reef systems.
Source and images: University of Hong Kong

can you inform me if there are any positive results so far. Julio D a Costa.