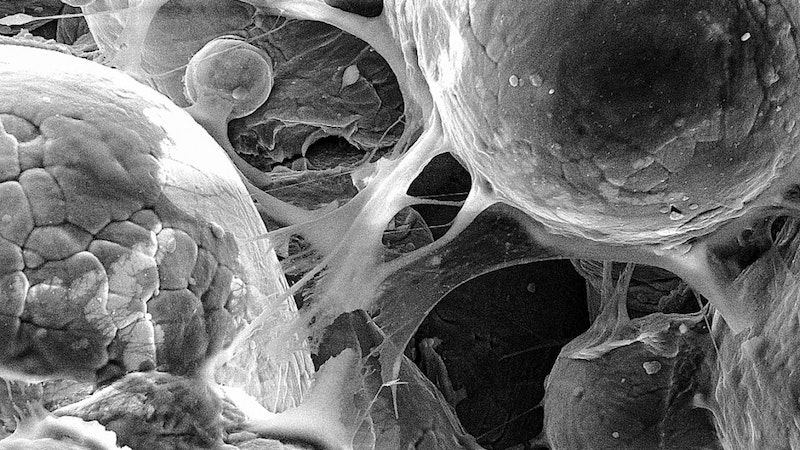 Forget glue, screws, heat or other traditional bonding methods. A Cornell-led collaboration has developed a 3D printing technique that creates cellular metallic materials by smashing together powder particles at supersonic speed. This form of technology, known as "cold spray," results in mechanically robust, porous structures that are 40% stronger than similar materials made with conventional manufacturing processes. The structures' small size and porosity make them particularly well-suited for building biomedical components, like replacement joints.
The paper's lead author is Atieh Moridi, assistant professor in the Sibley School of Mechanical and Aerospace Engineering. "We focused on making cellular structures, which have lots of applications in thermal management, energy absorption and biomedicine," Moridi said. "Instead of using only heat as the input or the driving force for bonding, we are now using plastic deformation to bond these powder particles together."
Moridi's research group specializes in creating high-performance metallic materials through additive manufacturing processes. Rather than carving a geometric shape out of a big block of material, additive manufacturing builds the product layer by layer, a bottom-up approach that gives manufacturers greater flexibility in what they create. For further information see the IDTechEx report on 3D Printing and Additive Manufacturing 2020-2030: COVID Edition.
However, additive manufacturing is not without its own challenges. Foremost among them: Metallic materials need to be heated at high temperatures that exceed their melting point, which can cause residual stress buildup, distortion and unwanted phase transformations. To eliminate these issues, Moridi and collaborators developed a method using a nozzle of compressed gas to fire titanium alloy particles at a substrate.
"It's like painting, but things build up a lot more in 3D," Moridi said.
The particles were between 45 and 106 microns in diameter (a micron is one-millionth of a meter) and traveled at roughly 600 meters per second, faster than the speed of sound. To put that into perspective, another mainstream additive process, direct energy deposition, delivers powders through a nozzle at a velocity on the order of 10 meters per second, making Moridi's method sixty times faster.
The particles aren't just hurled as quickly as possible. The researchers had to carefully calibrate titanium alloy's ideal speed. Typically in cold spray printing, a particle would accelerate in the sweet spot between its critical velocity - the speed at which it can form a dense solid - and its erosion velocity, when it crumbles too much to bond to anything.
Instead, Moridi's team used computational fluid dynamics to determine a speed just under the titanium alloy particle's critical velocity. When launched at this slightly slower rate, the particles created a more porous structure, which is ideal for biomedical applications, such as artificial joints for the knee or hip, and cranial/facial implants.
"If we make implants with these kind of porous structures, and we insert them in the body, the bone can grow inside these pores and make a biological fixation," Moridi said. "This helps reduce the likelihood of the implant loosening. And this is a big deal. There are lots of revision surgeries that patients have to go through to remove the implant just because it's loose and it causes a lot of pain."
While the process is technically termed cold spray, it did involve some heat treatment. Once the particles collided and bonded together, the researchers heated the metal so the components would diffuse into each other and settle like a homogeneous material.
"We only focused on titanium alloys and biomedical applications, but the applicability of this process could be beyond that," Moridi said. "Essentially, any metallic material that can endure plastic deformation could benefit from this process. And it opens up a lot of opportunities for larger-scale industrial applications, like construction, transportation and energy."
Source and top image: Cornell University