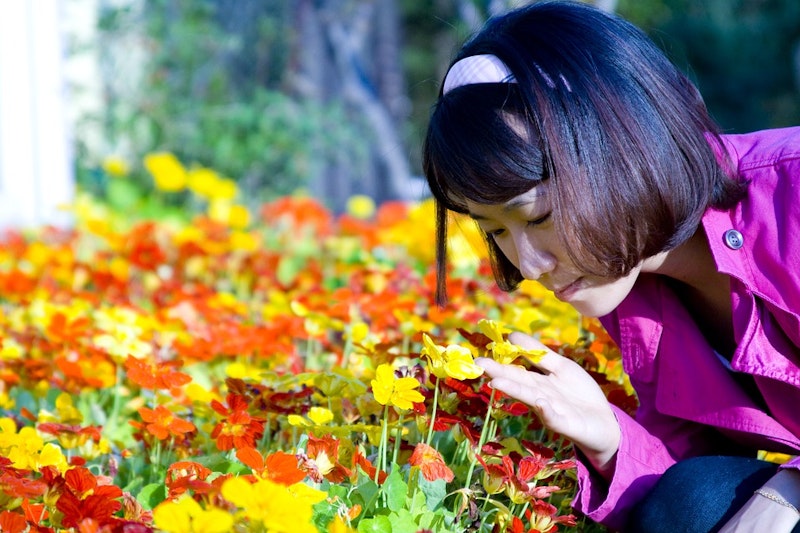 The warmer temperature and blooming flowers signal the arrival of spring. However, worries about respiratory diseases are also on the rise due to fine dust and viruses. The lung, which is vital to breathing, is rather challenging to create artificially for experimental use due to its complex structure and thinness. Recently, a POSTECH research team has succeeded in producing an artificial lung model using 3D printing.
Professor Sungjune Jung of the Department of Materials Science and Engineering, and Professor Joo-Yeon Yoo and Ph.D. candidate Dayoon Kang of the Department of Life Sciences at POSTECH have together succeeded in creating a three-dimensional lung model containing a variety of human alveolar cell lines using inkjet bioprinting. Inkjet bioprinting is attracting attention for enabling the production of standardized and patient-customized tissues, and is anticipated to replace conventional test models as it can be mass-produced. The findings of this study were recently published in Advanced Science. For more information see the IDTechEx report on 3D Bioprinting 2018 - 2028: Technologies, Markets, Forecasts.
Human lungs constantly breathe to take in oxygen necessary for vital activity and expel carbon dioxide generated as a by-product. Oxygen entering the body arrives at the alveoli through the airways and is replaced with carbon dioxide carried by blood through the capillaries of the alveoli.
Here, the alveoli are made of a thin layer of epithelial cells and are surrounded by thin capillaries that mimic hollow grapes. The alveolar membrane, through which oxygen and carbon dioxide travel, is a three-layered structure of epithelial/basement membrane/endothelial capillary layer and is very thin for ease of gas exchange process. Until now, there have been limitations in accurately replicating alveoli with such thin and complex structure.
To this, the research team fabricated a three-layer alveolar barrier model with thickness of about 10 micrometers (μm) through high-resolution deposition of alveolar cells using drop-on-demand1 inkjet printing. This newly produced model showed higher degree of simulation compared to a two-dimensional cell culture model as well as a three-dimensional non-structured model cultured from mixing alveolar cells and collagen.
The research team also confirmed that the newly developed alveolar barrier model similarly reproduced the physiological response at the actual tissue level in regards to viral infectivity and antiviral response. When this model was used as an influenza virus infection model, the researchers were able to observe the self-proliferation and antiviral response of the virus.
"We have been printing cells and fabricating tissues using the bioprinting method, but this is the first time in the world to simulate an alveolar barrier with a three-layer structure of about 10 μm thickness," explained Professor Sungjune Jung of POSTECH. "It is also the first time an artificial alveolar barrier was infected with a virus and a physiological antiviral response was observed."
Professor Jung added, "The artificial tissue produced this time can be used as an early platform for evaluating efficacy of therapeutic drugs and vaccines countering infectious respiratory viruses - including the COVID-19 virus - as it enables mass production and quality control as well as fabrication of patient-customized disease models."
Source: POSTECH
Top image: Pixabay