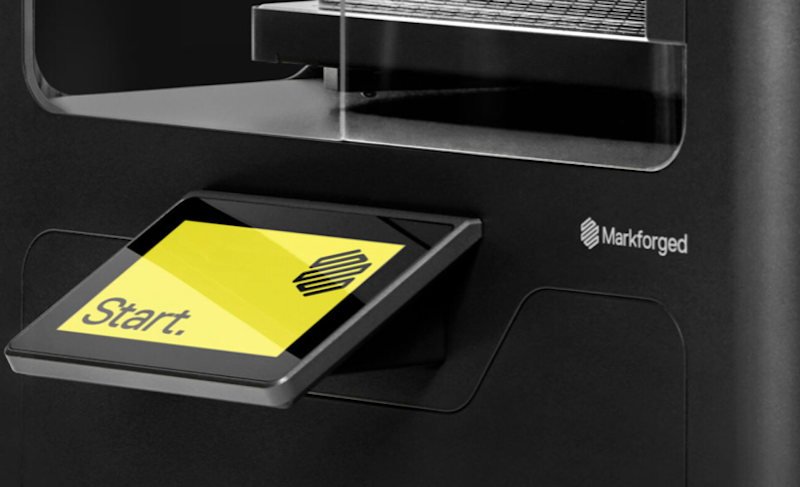 Markforged Inc, creator of the integrated metal and carbon fiber additive manufacturing platform, The Digital Forge, announced that it has completed its previously announced merger with one, a special purpose acquisition company sponsored by A-star and founded and led by technology industry veteran Kevin Hartz. The combined company, named Markforged Holding Corporation, is expected to commence trading on the New York Stock Exchange beginning on July 15, 2021 under the ticker symbol "MKFG" for Markforged common stock and "MKFG.WS" for Markforged warrants.
Markforged continued its commitment to delivering innovation in the additive manufacturing space with a number of production and pipeline milestones in 2021, including the introduction of its newest printer, the FX20, the release of the Metal X Gen 2 and X7 Field Edition, as well as its Next Day Metal software update, which unlocked increased speed and capacity across its global fleet, and AI-powered Blacksmith software for the X7 platform. Markforged also has brought on leading global partners such as Phillips Corporation and expanded its relationship with Würth Additive Group, a Würth Industry North America company. The company added to its Board of Directors and began an expansion of its Boston-area headquarters to support the growth of its team.
"Today is a proud moment for the entire Markforged team and a significant milestone in our mission to reinvent manufacturing today so our customers can build anything they imagine tomorrow," said Shai Terem, President and Chief Executive Officer of Markforged. "As a publicly traded company, we will continue to focus on executing on our ambitious product roadmap and further accelerating innovation, expanding customer adoption, and capitalizing on the strong secular trends in additive manufacturing, allowing us to bring our platform to even more manufacturing floors around the world for mission-critical use cases. Looking ahead, we have some exciting products in our pipeline as we move from accessible end-use parts to robust production. I couldn't be more excited about our talented team and the opportunities in this next chapter."
Kevin Hartz, Founder and CEO of one, said, "Being a publicly traded company will enable Markforged to build new relationships as a critical partner to even more leading global manufacturers, leveraging its expanded platform and proceeds from the transaction to accelerate its impact and growth. I am excited to join the Board of Directors and to work alongside a group of talented and diverse directors. I look forward to contributing to the team as Markforged continues to scale and this nascent industry matures and transforms modern manufacturing in the coming years."

In connection with the closing of the merger, Markforged has received approximately $361 million of gross proceeds before transaction expenses, including a $210 million PIPE from Baron Capital Group, funds and accounts managed by BlackRock, Miller Value Partners, Wasatch Global Investors, and Wellington Management, as well as existing Markforged shareholders M12 - Microsoft's Venture Fund and Porsche Automobil Holding SE.
As part of the merger, the existing management team, led by President and CEO Shai Terem, will continue to operate the business. Kevin Hartz and Carol Meyers, venture partner at Glasswing Ventures, LLC, will join Markforged's Board of Directors. Alan Masarek, most recently CEO of Vonage (Nasdaq: VG) will join the Board as Chairman.
Additional information about the completed merger will be provided in a Current Report on Form 8-K to be filed by Markforged with the Securities and Exchange Commission and available at sec.gov.

Markforged transforms manufacturing with 3D metal and continuous carbon fiber printers capable of producing parts tough enough for the factory floor. The Markforged Digital Forge brings the power and speed of agile software development to industrial manufacturing, combining hardware, software, and materials to eliminate the barriers between design and functional part. Engineers, designers, and manufacturing professionals all over the world rely on Markforged metal and composite printers for tooling, fixtures, functional prototyping, and high-value end-use production. Founded in 2013 and based in Watertown, MA, Markforged has more than 250 employees globally. Markforged has been recognized by Forbes in the Next Billion-Dollar Startups list, and listed as the #2 fastest-growing hardware company in the US in the 2019 Deloitte Fast 500. To learn more about Markforged, please visit https://markforged.com.

one is a special purpose acquisition company sponsored by A* formed for the purpose of effecting a business combination with one or more businesses in the innovation economy. one completed its initial public offering in August 2020 raising $215 million in cash proceeds. A* was founded and is led by technology industry veteran Kevin Hartz. To learn more about one, please visit https://www.a-star.co/.
Source and top image: Markforged