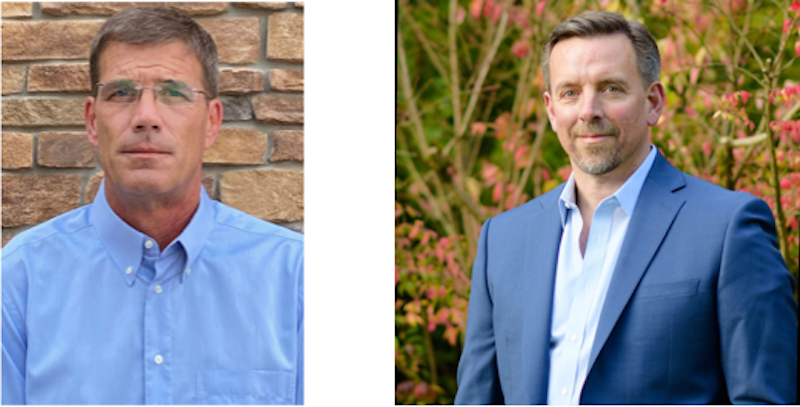 As Velo3D Inc—a leader in advanced additive manufacturing (AM) for high-value metal parts—prepares to become a public company, it has announced two new senior positions. After expanding its on-the-ground presence in Europe last month, the company has hired their first Vice President of Investor Relations and added depth to their North American sales team.
Bob Okunski comes to the newly created position of Vice President of Investor Relations for Velo3D with extensive experience in the field gained through working with a range of innovative technology companies. After earning his B.A. at Colgate University and an M.B.A. at Moravian College, he worked in IR for close to a decade at PeopleSoft, WebVan, and Spansion. He then spent 13 ½ years in investor relations at SunPower Corporation before moving to Velo3D. For further information see the IDTechEx report on 3D Printing and Additive Manufacturing 2020-2030: COVID Edition.
"I joined Velo3D to be part of this unique, industry-leading technology," says Okunski. "I was attracted by the strong, experienced management team, and A-list of company backers. I think there's a tremendous growth opportunity here due to Velo3D's leadership position in reshaping how complex industrial parts are manufactured."
Steve Starner, new Vice President of Sales for North America, joins the Velo3D team after almost 15 years with Hexagon Manufacturing Intelligence. There he led customer-focused technical sales teams in various areas including integrated factory solutions, robotics, machine vision sensors, data analytics and AI tools. He holds a B.S. in mechanical engineering from Temple University.
"This is an exciting time in metal additive, but even more so with Velo3D, given its advanced metal AM technology," says Starner. "This expansion of our sales team is critical as we continue to support our customers' ability to leverage Velo3D's production-ready manufacturing solution and seek to grow our presence in new and existing markets."
According to Benny Buller, founder and CEO of Velo3D, "It's very gratifying that Velo3D is able to attract such top talent to our company. To best serve our customers, and our investors as well, we make a point of hiring people who intrinsically understand the critical role that leading-edge technology plays in innovation, and who can communicate both the substance and the excitement of what we're achieving here at Velo3D."
In March, Velo3D announced plans to merge with JAWS Spitfire Acquisition Corporation and become a public company.
To learn more about how Velo3D empowers engineers and designers to imagine more and additively manufacture nearly anything, follow Velo3D on LinkedIn or visit velo3d.com.
About Velo3D
Velo3D, one of Fast Company's 2021 World's Most Innovative Companies, empowers engineers and designers to imagine more and additively manufacture nearly anything with a fully-integrated patented solution of software, hardware, and process-control featuring FlowTM print preparation software, AssureTM quality assurance software and the Sapphire® family of laser powder bed 3D printers. Velo3D additive manufacturing solutions for 3D-printing high-value metal parts allow for previously impossible geometries, so businesses can make the mission-critical parts they need without compromise. Customers include some of the world's most visionary companies, such as Aerojet Rocketdyne, Chromalloy, Honeywell, LAM Research and Raytheon Technologies. For more information, follow Velo3D on LinkedIn or visit www.velo3d.com

Rethinking Smart Cities: Setbacks and How to Move Forward
10 Years of Ceramic 3D Printing: Where Is It Going Next?
3D Printed, Personalised, Wireless Wearables That Never Need a Charge
Pellet 3D Printing