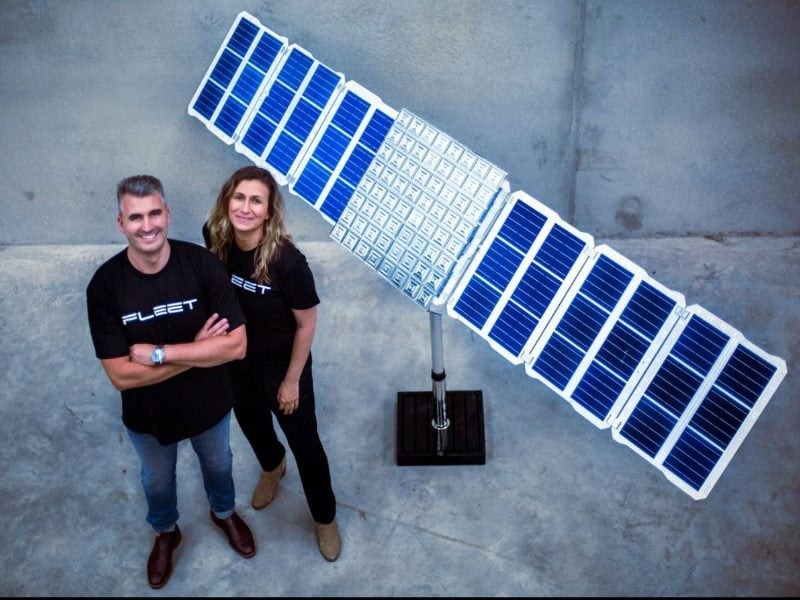 Fleet Space Technologies will establish a satellite Hyper Factory in the newly announced Australian Space Park in Adelaide, and develop a constellation of new 3D printed small satellites. The South Australian Government will invest $20million (AUS) in Australia's first dedicated space manufacturing hub.
Following this announcement from the South Australian Government and Fleet's recent Series B raise of $26.4m (USD), Fleet Space will establish its new Hyper Factory at the Australian Space Park, which will co-locate four space manufacturing companies in a purpose built facility with a focus on collaboration in the heart of Australia's 'Space State'. This will accelerate the expansion of Fleet Space's in-house research and development arm to build a Hyper Factory, where it will create the Alpha small satellite - the world's first entirely 3D printed smallsat device. For further information see the IDTechEx report on 3D Printed Materials Market 2020-2030: COVID Edition.
"The creation of the Australian Space Park signals our commitment to the South Australian and Australian space sector by bridging the gap between research and development and prototyping to production at scale," Premier Marshall said.
"The Park aligns with Australia's space strategy that aims to triple the space sector's contribution to GDP to over $12 billion per annum and create up to an additional 20,000 jobs by 2030. It is the next step in positioning Australia's space community to deliver the entire space value chain - enabling the design, manufacture, launch and mission control of NewSpace capabilities." said Stephen Marshall MP, Premier of South Australia.

From the Hyper Factory, the Fleet Space's Alpha smallsat constellation will be designed, engineered and manufactured. Alpha, which also integrates beamforming antennas and electronics, will run alongside Fleet Space's existing collaboration with Centuri constellation partner, Tyvak, creating a complimentary constellation that further increases its connectivity speed and reach.
The Australian Space Park in which Fleet Space Technology will build a Hyper Factory will be the first of its kind in the southern hemisphere. Four companies, Fleet Space Technologies, Q-CTRL, ATSpace and Alauda Aeronautics, will co-locate in a purpose-built facility with a focus on collaboration and production of small satellites and their payloads, rockets, electric vertical take-off and landing vehicles (eVTOL), and supporting componentry and technical systems.
Adelaide Airport has been identified by the industry consortium as an ideal location for the Australian Space Park due to its proximity to traditional aerospace companies and the central business district and innovation precinct, Lot Fourteen, which is home to a growing community of space companies. The State Government is in discussions with Adelaide Airport as a potential location for the Australian Space Park. As the centrepiece of the nation's space endeavours, the state is presently targeting an annual growth rate in the space sector of 5.8 per cent over the next decade.
Australia was one of the first countries to launch a satellite into space from its home soil, and subsequently its leaders have consistently voiced a requirement for the nation to continue growing its presence and capability in this critical sector. The nation itself relies heavily on space technology to power the everyday lives of its people - from communication services to Earth observation for navigation purposes and weather forecasting.
Australia already boasts commercial rocket launches and a burgeoning space-centric software industry, positioning the nation as a capable, strategic and globally engaged leader in the field. Homegrown Australian technology is also supporting the wider space industry. Fleet Space will join the Seven Sisters' Australian space industry consortium in support of NASA's Artemis program to land the first woman and next man on the Moon by 2024 and create a sustainable human presence for later crewed Martian exploration. Commencing in 2023, the Seven Sisters missions are designed to find accessible water and other resources on the moon.
Source and top image: Fleet Space