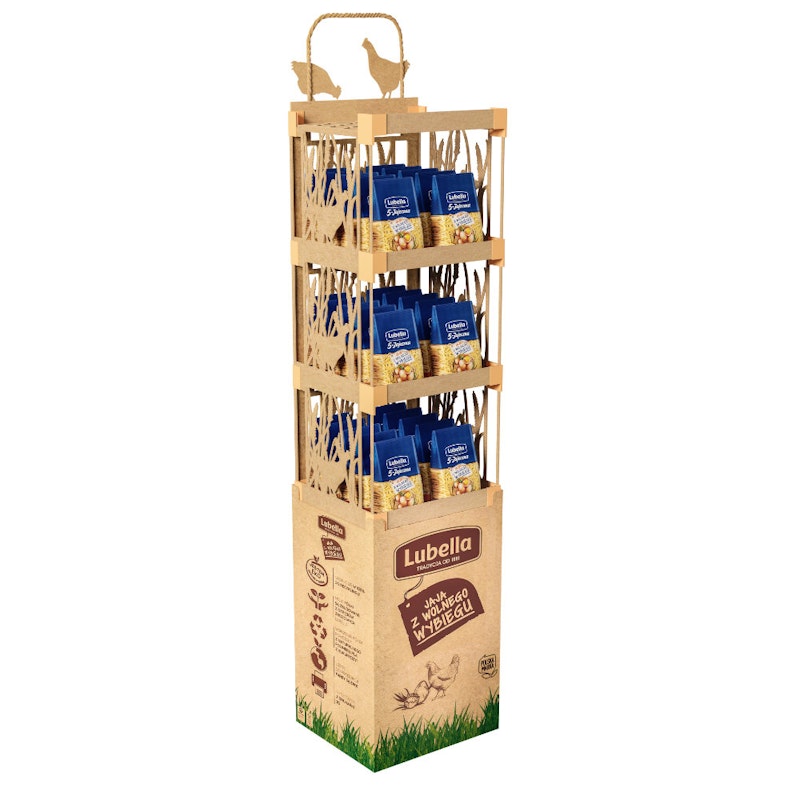 GreenFill3D - a Polish start-up operating with ecological, biodegradable materials and 3D printing, announces the premiere of its unique filament based on wheat bran - GF3D Branfill3d.The material was created in accordance with the modern concepts of zero-waste and circular economy - the wheat bran is a production waste resulting from the production of pasta and noodles.
From the material, the start-up 3D printed proprietary advertising stands (so-called POS - point of sales), on which ready-made pasta will be presented. The project is being developed in cooperation with the MASPEX Group - one of the largest food producers in Europe.
The GF3D Branfill3d material is a composite of wheat bran, polylactic acid (PLA) - a popular bioplastic used in 3D printing, and other fully biodegradable ingredients that together give the material unique properties. The parts 3D printed with the material are resilient and to some extent flexible (depending on the wall thickness) which makes them quite difficult to break. For further information see the IDTechEx report on 3D Printed Materials Market 2020-2030: COVID Edition.
A large contribution to these properties is made by the wheat bran fibrous structure, which gives the 3D printed parts resilience as well as a smooth surface finish. What's more, during the 3D printing process, the material offers the scent of baked bread, which stays on the 3D printed parts for a long time.
The entire process consists of four steps:
GreenFill3D prints POS stands with its 3D printer farm of over 40 machines. Each stand consists of 34 elements - assembly is quick and easy. In addition, the structure of the stand is modular, which may allow for its further expansion with additional modules.
The result is an advertising stand presenting food products, which was created based on the remains of the same food material. Production wastes - instead of being thrown away or disposed of, were used to produce common tools to support sales.
The properties of wheat bran material allow a number of different applications - everyday use items, decorative items but also industrial items. Currently, the GreenFill3D team is conducting the first tests of the use of applications made of GF3D Branfill3d for a customer representing the automotive industry and intends to successively test it in other industries.
MASPEX is the largest private Polish company in the food industry and one of the largest in Central and Eastern Europe. GreenFill3D was selected as part of the ScaleUp Program organized by PARP (Polish Agency for Enterprise Development) to implement a joint project with the MASPEX Group for one of its main brands - the leader in the pasta category in Poland - the Lubella brand.
Joint work on the project began on July 1, 2021, and on December 15, 2021 the first prototype was ready for logistic trials. The finale POS display was made of 20% wheat bran filament, using shelf connectors made of PLA polymer, mounted on a pedestal made of 100% recyclable cardboard, with the print of Greenguard certified paints.
The innovative "ecoPOS" will soon be delivered to selected retail outlets. 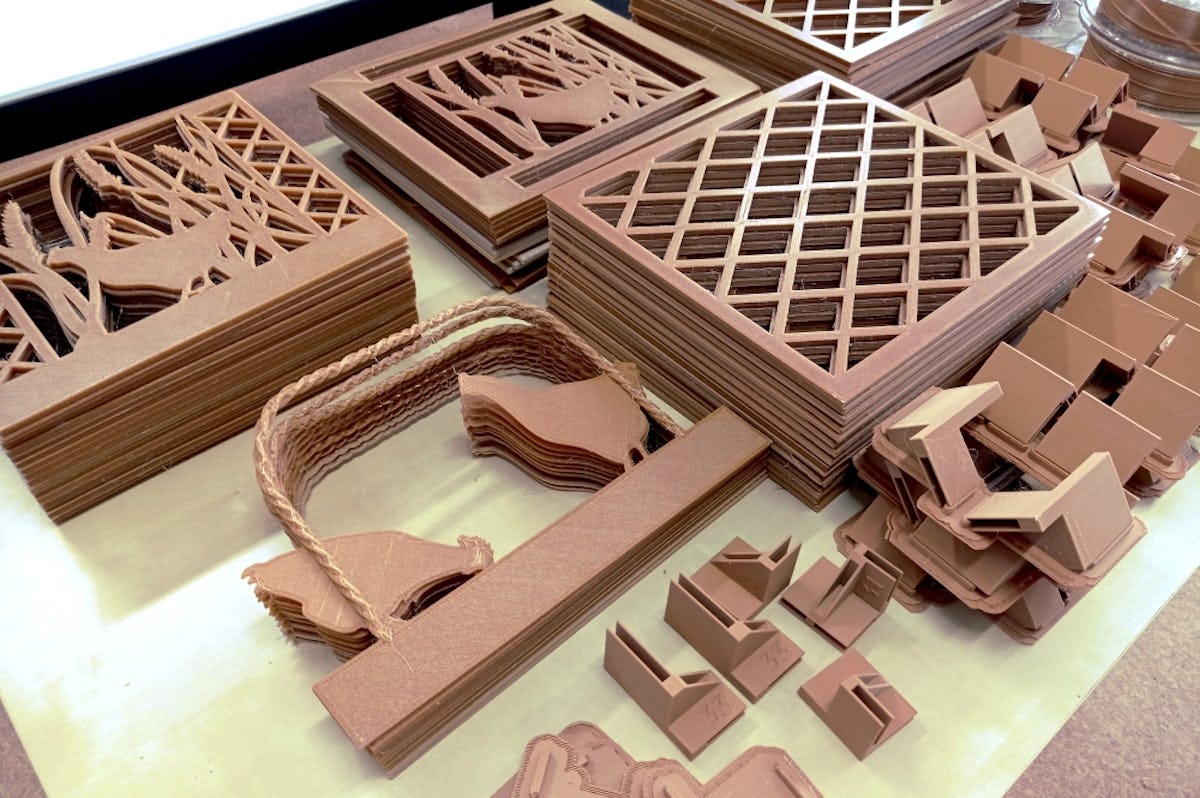