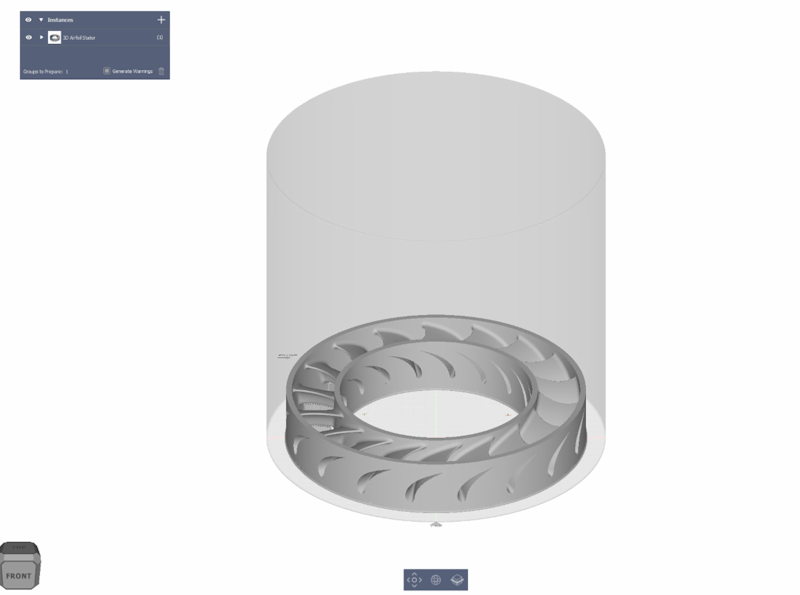 Velo3D Inc announced the release of its Flow 3.0 print preparation software. The new version supports larger models of parts that are able to be manufactured on the company's Sapphire XC (Extra Capacity) printer, which can produce parts that are up to 400% larger than the Sapphire printer. Flow 3.0 also supports the scheduling of additional lasers to maximize the efficiency of the Sapphire XC's eight 1,000 W lasers and increase productivity by up to 5x compared to Velo3D's Sapphire printer.
"By providing an end-to-end solution we are able to let engineers focus on building the mission-critical parts they need," said Daniel Russel, Velo3D Director of Engineering. "The 3.0 release brings support for the sorts of large models that can be printed on Sapphire XC, warnings and guidance to customers during build preparation, along with tools for managing build preparation on clusters, Amazon Web Services, and many other improvements. The initial feedback we've heard from our customers has been very positive."
Velo3D's Flow 3.0 print preparation software is unique in the additive manufacturing industry. It enables engineers to simply upload a traditional CAD file of a part they want to print, rather than having to spend additional resources designing the part for additive manufacturing (DfAM). By eliminating the need for DfAM, Velo3D enables its customers to freely design the mission-critical parts they want and then print them with precision. For further information see the IDTechEx report on 3D Printing Software 2018-2028: Technology and Market Analysis.
Flow 3.0 accomplishes this by utilizing a generalized set of recipes to precisely prescribe and simulate the layer-by-layer build for the desired part. The software's composer detects geometric features and applies the corresponding process to achieve that desired outcome. Unlike other software offerings, Flow 3.0 uses information from previous layers to inform the print strategy for subsequent layers, resulting in better parts and greater design freedom.
"When we are building new features into Flow we aim to simplify the experience for engineers who want to create parts using our additive manufacturing technology," said Victorien Menier, Velo3D Senior Software Engineer. "Our team is extremely proud of all that Flow 3.0 has achieved throughout the beta period. The revised scheduling rules make it so Sapphire XC can reach 98% efficiency with its eight lasers, which is a big contributor to its ability to achieve a 5x improvement in performance."
With Flow 3.0, the print preparation software can reliably generate and leverage meshes of models containing up to hundreds of millions of triangles. The capability is made possible by offloading the computation of larger files to Amazon Web Services. The customer sends a CAD file and receives back a compacted file that can be used on any printer to build the part.
The software also includes revised scheduling rules to achieve 98% efficiency of the Sapphire XC's eight lasers, contributing to the printer's 5x productivity improvement.
About Velo3D:
Velo3D is a metal 3D printing technology company. 3D printing—also known as additive manufacturing (AM)—has a unique ability to improve the way high-value metal parts are built. However, legacy metal AM has been greatly limited in its capabilities since its invention almost 30 years ago. This has prevented the technology from being used to create the most valuable and impactful parts, restricting its use to specific niches where the limitations were acceptable.
Velo3D has overcome these limitations so engineers can design and print the parts they want. The company's solution unlocks a wide breadth of design freedom and enables customers in space exploration, aviation, power generation, energy and semiconductor to innovate the future in their respective industries. Using Velo3D, these customers can now build mission-critical metal parts that were previously impossible to manufacture. The end-to-end solution includes the Flow™ print preparation software, the Sapphire® family of printers, and the Assure™ quality control system—all of which are powered by Velo3D's Intelligent Fusion® manufacturing process. The company delivered its first Sapphire® system in 2018 and has been a strategic partner to innovators such as SpaceX, Honeywell, Honda, Chromalloy, and Lam Research. Velo3D has been named to Fast Company's prestigious annual list of the World's Most Innovative Companies for 2021. For more information, please visit velo3d.com, or follow the company on LinkedIn or Twitter.
Source and top image: Parker Group