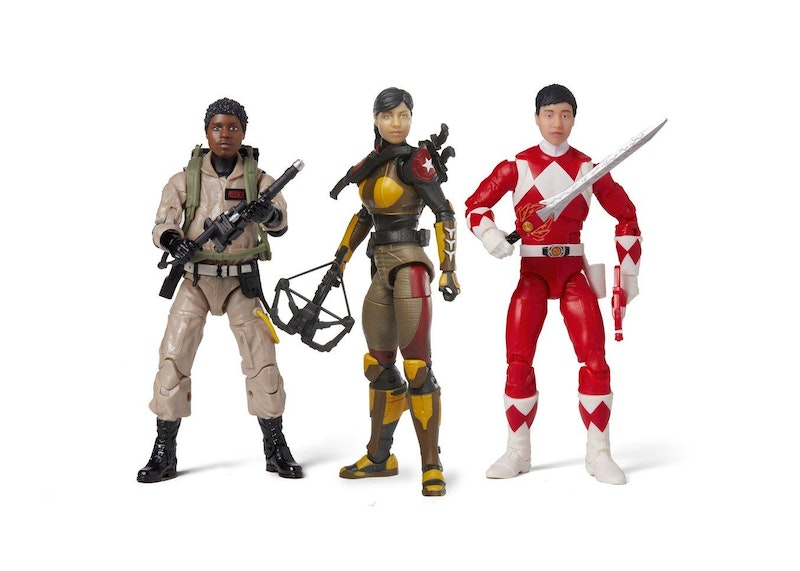 Hasbro has announced Hasbro Selfie Series figures—a groundbreaking endeavor to use 3D printing to manufacture personalized action figures at scale. For the first time, fans will be able to scan their face with a smart device and have a custom-made look-a-like action figure delivered to their door. This launch represents the culmination of years of investment in Formlabs stereolithography (SLA) 3D printing technology, along with a relentless drive to bring fans closer to the worlds they love.
Over the past few years, Hasbro has heard an uptick in demand for customization of its toys. Mass customization has always been a major challenge to deliver at scale, balancing quality, speed to market, and price. While there has always been demand from fans to become their favorite hero, there has never been a scalable solution. The team at Hasbro wanted to solve the problem of mass customization, and with it, custom-order action figures and toys. This is why the launch of Hasbro Selfie Series figures is so important; it represents the realization of a long-term goal for the company, and ushers in a new era of mass customization in consumer entertainment. For further information see the IDTechEx report on 3D Printing Materials Market 2022-2032.
Hasbro adopted 3D printing technology in 1995 for rapid prototyping. "We spend a lot of time with our customers, understanding what their needs are, what they're looking for. And then we go from there and develop a plan to create our new products," said Patrick Marr, Sr. Director of Model Development at Hasbro. Eventually, the company's old legacy industrial printers weren't able to meet the evolving needs of fans. The team decided to make their first SLA purchase, purchasing a Formlabs desktop printer, in order to explore the possibility of end-use part production.
"Early on, we were using 3D printers for developing (prototyping) products, and we had some big industrial machines, but it didn't always service our needs. So we started looking at other ways that we sort of can service our customers faster, and with newer materials that were available out there. As we started working with Formlabs, we always saw the need for, wow, wouldn't it be cool to add micro-manufacturing into our product line in our regular development? So that was always in the back of our minds." said Patrick Marr, Sr. Director of Model Development at Hasbro.
It wasn't until recently that two technologies collided to make everything possible: easy to use and mobile facial scanning technology, and affordable, high-quality in-house SLA 3D printing. Hasbro decided to invest in an agile digital factory of Formlabs 3D printers.
"When we bought our first desktop SLA printer, Formlabs always solicited our feedback. We would give feedback on the interface, the build, the support structure, and that feedback was always incorporated into their printers. And so we knew that if a company was willing to listen to us and to improve their product, that we would have a better opportunity to go to market with something that was our vision," said Marr.
As Hasbro Selfie Series figures grew in scope, Hasbro and Formlabs stayed in close communication. According to Brian Chapman, President and Head of Global Design and Development, Toy/Game/Consumer Products at Hasbro, "it would be not uncommon for me to pick up the phone on a Tuesday and say, guess what? It's a little bit bigger than we talked about yesterday."
As the vision for matching mobile scanning with 3D printing began to grow inside Hasbro, so did the scale of what could be delivered to customers. Instead of a small batch run of 500 figures, what if they could leverage 3D printing to continuously deliver action figures, matching demand as prints were submitted by users? The team started experimenting by deploying a "mini factory" near their Rhode Island headquarters. This allowed them to experience what was possible with in-house 3D printing before making the full investment in a large, agile factory. As it became clear they were onto something, the team became excited about the possibilities of a wider launch.
There were multiple challenges the team had to overcome to bring Hasbro Selfie Series figures to life; when deploying mass customization on this scale, there was no traditional book to follow. And customization alone wasn't enough. Making customized action figures that were unreasonably priced was out of the question: the team needed high-quality, affordable, and customizable. For customers, ordering a custom action figure is easy thanks to the Hasbro Pulse app. Users scan their face with a smartphone, pick a character, and have the new figure arrive at their doorstep.
Hasbro settled on a hybrid manufacturing approach. They continue to use the classic, mass produced injection molded action figure body combined with a 3D printed head and hair to make one, complete figure. While the majority of the toy is injection molded—which allows the company to keep the costs in check—the head of the action figure, which is the most important part, can now be customized before being securely attached. By using software to pair the customers' facial scan with their hair color choice, Hasbro was able to set up a scalable production system which matches the mass produced bodies with the custom heads and hair pieces coming off the 3D printers.
The Hasbro collaboration marks another milestone in 3D printing applications expanding from prototyping into production at scale. Hasbro Selfie Series figures represent a new frontier of mass customization in toy manufacturing, with Hasbro hoping it lays the groundwork for bridging the gap between fandom and reality.
Source and top image: Formlabs

There are 2 comments for this article

How much will this cost? I'm interested and will need 6.

For costs and purchase information please contact the company directly