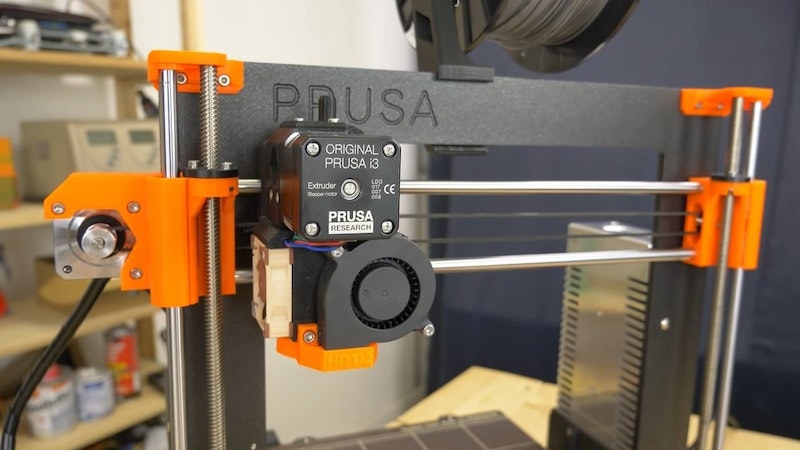 Rutgers engineers have created a way to 3D print large and complex parts at a fraction of the cost of current methods.
"We have more tests to run to understand the strength and geometric potential of the parts we can make, but as long as those elements are there, we believe this could be a game changer for the industry," said Jeremy Cleeman, a graduate student researcher at the Rutgers School of Engineering and the lead author of the study.
The new approach, called Multiplexed Fused Filament Fabrication (MF3), uses a single gantry, the sliding structure on a 3D printer, to print individual or multiple parts simultaneously. By programming their prototype to move in efficient patterns, and by using a series of small nozzles - rather than a single large nozzle, as is common in conventional printing - to deposit molten material, the researchers were able to increase printing resolution and size as well as significantly decrease printing time. For further information see the IDTechEx report on 3D Printing Hardware 2022-2032: Technology and Market Outlook.
"MF3 will change how thermo-plastic printing is done," said Cleeman, noting his team has applied for a U.S. patent for their technology.
The 3D-printing industry has struggled with what is known as the throughput-resolution tradeoff - the speed at which 3D printers deposit material versus the resolution of the finished product. Larger-diameter nozzles are faster than smaller ones but generate more ridges and contours that must be smoothed out later, adding significant post-production costs. By contrast, smaller nozzles deposit material with greater resolution, but current methods with conventional software are too slow to be cost effective.
At the heart of MF3's innovation is its software. To program a 3D printer, engineers use a software tool called a slicer - computer code that maps an object into the virtual "slices," or layers, that will be printed. Rutgers researchers wrote slicer software that optimized the gantry arm's movement and determined when the nozzles should be turned on and off to achieve the highest efficiency. MF3's new "toolpath strategy" makes it possible to "concurrently print multiple, geometrically distinct, non-contiguous parts of varying sizes" using a single printer, the researchers wrote in their study.
Cleeman said he sees numerous benefits to this technology. For one, the hardware used in MF3 can be purchased off the shelf and doesn't need to be customized, making potential adoption easier.
Additionally, because the nozzles can be turned on and off independently, an MF3 printer has built-in resiliency, making it less prone to costly downtime, Cleeman said. For instance, when a nozzle fails in a conventional printer, the printing process must be halted. In MF3 printing, the work of a malfunctioning nozzle can be assumed by another nozzle on the same arm.
As 3D printing increases in popularity - for manufacturing and particularly for the prototyping of new products - resolving the throughput-resolution trade-off is essential, said Cleeman, adding that MF3 is a major contribution to this effort.
Source and top image: Rutgers University