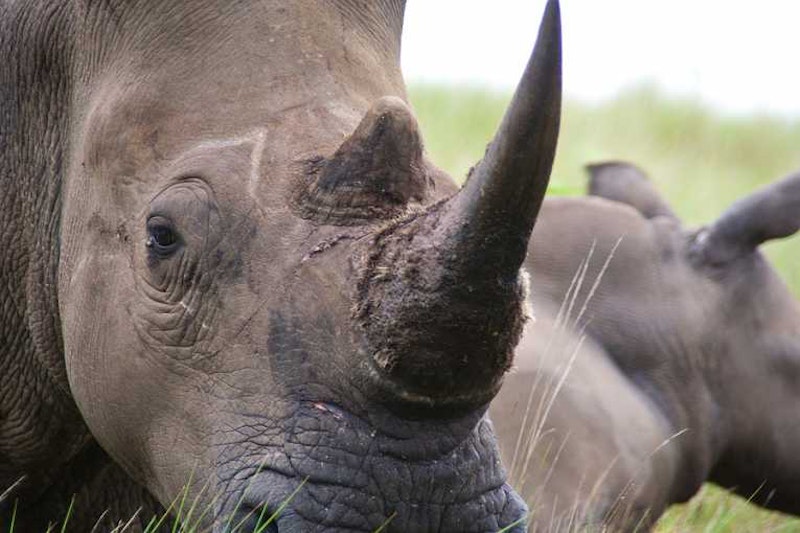 Pembient are a group leveraging advances in biotechnology to fabricate wildlife products, such as rhino horn and elephant ivory, at prices below the levels that induce poaching. Their goal is to replace the illegal wildlife trade, a $20B black market, the fourth largest after drug, arms, and human trafficking, with sustainable commerce.
The future looks grim for the rhinoceros. Figures recently published by South Africa show that 1,215 rhinos were poached there in 2014. This represents a loss of nearly 4% of the world's population. Furthermore, the poaching has increased over 90-fold since 2007, a trend linked to rising standards of living in Asia, where rhino horn is prized as a traditional medicine and status symbol. Innovative solutions are needed to stop the slaughter.
Enter Pembient, a biotech startup developing products that are genetically and spectrographically similar to rhino horn. Pembient intends to introduce these products into the market as alternatives to rhino horn procured from the wild.
"We surveyed users of rhino horn and found that 45% of them would accept using rhino horn made from a lab," said Matthew Markus, the CEO of Pembient. "In comparison, only 15% said they would use water buffalo horn, the official substitute for rhino horn."
The hope is that Pembient's rhino horn provides an outlet for consumers in the same way faux fur has in the past. IndieBio, a biotech accelerator, supports this vision and has chosen Pembient to be one of the eleven companies in its inaugural San Francisco class.
As Ryan Bethencourt, IndieBio's Program Director, puts it, "We're finally moving out of the realm of solely discussing biology in regards to a drug based world. We'll continue to heal human bodies through biotechnology, but we'll also increasingly feed, clothe, and house the world through bioengineered systems. Ultimately, there's no reason why live animals should be used in any part of our food or goods chain and we're working to make that a reality."
Pembient has successfully created an imitation rhino horn powder and are now looking into creating the full, lab-grown rhino horns using 3D printing.
Pembient plans on unveiling its first product at IndieBio's demo day in early June. Limited quantities will be for sale shortly thereafter. A portion of all sales will go toward the protection and management of wild rhinos.
Source: Pembient
Top image: Earthtimes
Learn more at the next leading event on the topic: 3D Printing & 3D Electronics Europe 2020