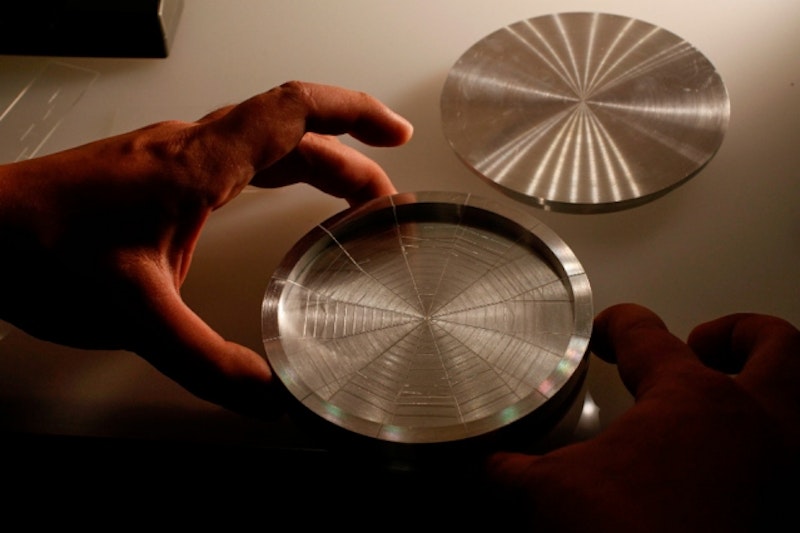 Spider silk has long been noted for its graceful structure, as well as its advanced material properties: Ounce for ounce, it is stronger than steel.
MIT research has explained some of the material's mysteries, which could help design synthetic resources that mimic the extraordinary properties of natural silk. Now, scientists at MIT have developed a systematic approach to research its structure, blending computational modeling and mechanical analysis to 3D-print synthetic spider webs. These models offer insight into how spiders optimize their own webs.
"This is the first methodical exploration of its kind," says Professor Markus Buehler, head of MIT's Department of Civil and Environmental Engineering (CEE), and the lead author of a paper appearing this week in Nature Communications. "We are looking to expand our knowledge of the function of natural webs in a systematic and repeatable manner."
Coupling multiscale modeling with emerging microscale 3D-printing techniques, the team enabled a pathway to directly fabricate and test synthetic web structures by design. The lessons learned through this approach may help harness spider silk's strength for other uses, and ultimately inspire engineers to digitally design new structures and composites that are reliable and damage-resistant.
The paper was written by Buehler, along with CEE research scientist Zhao Qin, Harvard University professor Jennifer Lewis, and former Harvard postdoc Brett Compton.
Further unraveling the mysteries of spider silk
The study unearths a significant relationship between spider web structure, loading points, and failure mechanisms. By adjusting the material distribution throughout an entire web, a spider is able to optimize the web's strength for its anticipated prey.
The team, adopting an experimental setup, used metal structures to 3D-print synthetic webs, and directly integrate their data into models. "Ultimately we merged the physical with the computational in our experiments," Buehler says.
According to Buehler, spider webs employ a limited amount of material to capture prey of different sizes. He and his colleagues hope to use this work to design real-world, damage-resistant materials of lower density.
The 3D-printed models, Lewis says, open the door to studying the effects of web architecture on strength and damage tolerance — a feat that would have been impossible to achieve using only natural spider webs.
"Spider silk is an impressive and fascinating material," she says. "But before now, the role of the web architecture had not yet been fully explored." To investigate the geometric aspects of spider webs through the use of a similar material to silk that can be 3D-printed with uniform mechanical properties was Lewis' mission.
Buehler's team used orb-weaver spider webs as the inspiration for their 3-D designs. In each of their samples, they controlled the diameter of the thread as a method of comparing homogeneous and heterogeneous thread thickness.
In simulation, the team created /"the ideal environment to test and optimize the web structures" under different loading conditions, and then use synthetic materials to print identical webs, Qin says. "We are on the way to quantifying the mechanism that makes the spider's web so strong," he says.
The work revealed that spider webs consisting of uniform thread diameters are better suited to bear force applied at a single point, such as the impact coming from flies hitting webs; a nonuniform diameter can withstand more widespread pressure, such as from wind, rain, or gravity.
The combination of computational modeling and 3D-printing makes it possible to test and optimize designs efficiently.
"This work is an excellent demonstration of how we can exploit designs in nature in the development of novel materials and structures." says Sandra Shefelbine, an associate professor of mechanical and industrial engineering at Northeastern University not involved in this work.
Marc Meyers, a professor of mechanical and aerospace engineering at the University of California at San Diego, adds: "Biological materials and structures are the new frontier of engineering. This most recent significant contribution by Markus Buehler and colleagues goes beyond the first stage, which is to understand nature, and make significant inroads into creating a bioinspired structure."
Lewis says that the team now plans to examine the dynamic aspects of webs through controlled impact and vibration experiments. This, she says, will change the printed material's properties in real time, opening the door to printing optimized, multifunctional structures.
Source and top image: MIT
Learn more at the next leading event on the topic: 3D Printing & 3D Electronics Europe 2020