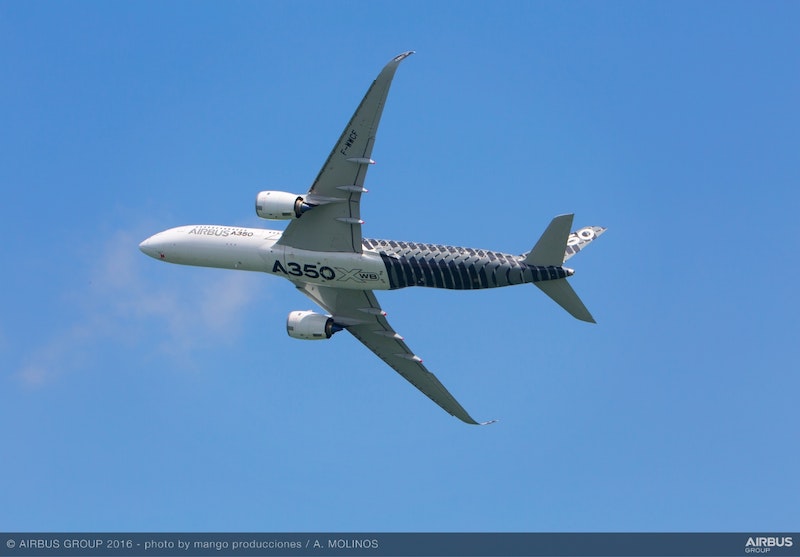 Premium Aerotec is starting the series production of 3D-printed metal parts for the Airbus Group at its Varel site (Friesland). To do this, the Airbus subsidiary constructed a new production hall for the additive manufacturing of titanium parts in Varel. At the same time, the company concluded a cooperation agreement with Concept Laser as premium supplier for the machinery and plant technology.
The industrial series production is gathering pace. With its investment, Premium Aerotec is following the plans of Airbus. According to Peter Sander (Airbus, Head of Emerging Technologies & Concepts), Airbus is planning to print one tonne of metal powder a month in 2018. Accordingly, AM production and AM processes should be consistently promoted and expanded through to 2018.
Achieving series production with a new production hall and Concept Laser
Premium Aerotec's new production hall for 3D metal printing commenced operation on January 20, 2016. The opening ceremony was attended by 250 employees and guests, including for example Brigitte Zypries, Parliamentary Secretary of State at the Federal Ministry for Economic Affairs and aerospace coordinator for the German Government. This heralded the start of the industrial series production of a double-walled pipe elbow in the fuel system of the A400M transport aircraft. These complex parts were previously produced from individual cast parts which were then welded together to form one assembly. In the hall, two M2 cusing Multilaser machines and one X line 1000R machine from Concept Laser produce 3D parts in the LaserCUSING process. "By the middle of 2016, another X line 2000R will be added. It features what is currently the world's largest build envelope (800 x 400 x 500 mm3) in the field of powder-bed-based laser melting and is also equipped with 2 x 1,000 W lasers," says Gerd Weber, site manager in Varel. Frank Herzog, CEO & President of Concept Laser GmbH, is also delighted at the trust placed in his company: "The fact that we have been chosen as premium supplier to Premium Aerotec fills us with pride and demonstrates to us that we are on the right path."
Cooperation agreement sets the course for the future
For the aviation industry, additive manufacturing methods present both an opportunity and a challenge. This is because additive manufacturing technology produces entirely new components and also creates new supply chains. Premium Aerotec is at the focal point of an extensive network of a wide range of different companies. In order to shape a successful future in partnership, the working relationship with certain partners has been stepped up. For example, on January 20, 2016 a delegation from Premium Aerotec signed a cooperation agreement with Concept Laser as the premium supplier for machinery and plant technology. The core aspects of the working relationship are also the further industrialization of the laser melting process for applications in aviation, the further development of the plant and process technology and the QA systems, as well as the qualification of new powder alloys. Frank Herzog says: "This cooperation marks an important milestone for the industrialization of 3D metal printing in aircraft construction and undoubtedly also sends a signal to other industries. The network will work together to improve the value chain. We are already working today on the solutions of tomorrow to make laser melting with metals even more attractive for commercial series production. The implementation of the Industry 4.0 concept in the form of digitization, automation and the interlinking of any number of machines are an integral part of our AM Factory of Tomorrow, which was presented at the end of last year."
Source: Concept Laser
Top image: Airbus
Learn more at the next leading event on the topic: 3D Printing & 3D Electronics Europe 2020