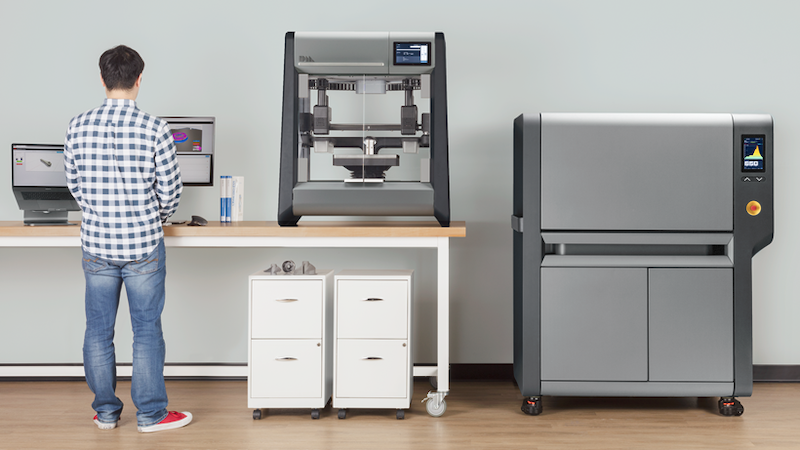 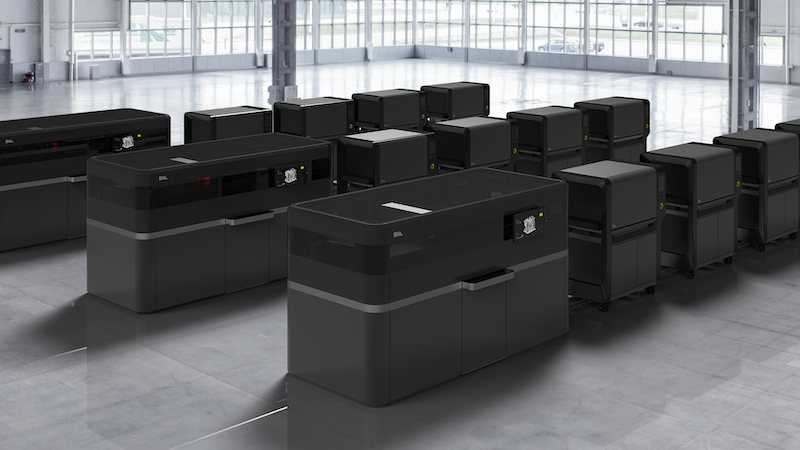 Source: Desktop Metal
After nearly 2 years of closely guarded secrecy, Desktop Metal emerged from stealth mode to unveil their hotly anticipated metal 3D printers. In its aim to bring low cost metal 3D printers to product designers, Desktop Metal have received considerable interest from General Electric, BMW and Alphabet, receiving $97 million in venture capital funding. IDTechEx Technology Analyst, Dr Bryony Core, received insight into the technology enabling the Massachusetts-based start-up's mission statement.
Tuan TranPham, VP of Sales at Desktop Metal, unveiled the Studio system which features a printer and sintering furnace. The Studio prints through the layer wise extrusion of bound metal rods, a mix of metal powder with a polymer binder, at a build rate of 16 cm3 per hour. Comparable to thermoplastic extrusion, this process is enabled by the metal-polymer mixed feedstocks allowing extrusion at lower temperatures than to melt the elemental metal. Following removal of the binder, the part is sintered in the furnace at temperatures of up to 1400 °C, to form a near net shape with a density of 96 to 99.8%. However, it remains to be seen whether the potential for non-uniform post-sintering shrinkage will pose a significant design consideration. Desktop Metal's proprietary separable supports technology results in supports that are not bonded to the part and as such it can be easily removed by hand. Targeting product designers who want rapid iteration of prototypes in the office, the Studio will retail for $49,900.
Desktop Metal's Production system uses Single Pass Jetting (SPJ) technology to jet a binder and proprietary anti-sintering agent into a powder bed containing Metal Injection Molding (MIM) powders via 32,000 jets. The layer dries, and is sintered in the furnace system, using a multidirectional microwave antenna. Unlike laser sintering, the powder is not welded to the base plate, and is instead surrounded by unsintered powder. With build speeds of up to 8200 cm3 per hour, the SJP process is around 100 times faster than its DMLS competitors, and has a lower price point of $120,000.
As the metal powders used are MIM powders, the particle size requirements are less restrictive than for DMLS or EBM. As such, a wider variety of alloys are supported, and Desktop Metal state that their powders are up to 80% cheaper than for rival metal powder 3D printing technologies. The increased build rate combined with lower material and printer prices make Desktop Metal a potentially disruptive new entrant to the rapidly growing metal 3D printing market.
Top image source: Desktop Metal
Learn more at the next leading event on the topic: 3D Printing & 3D Electronics Europe 2020