HP "Doubling Down" on Digital Manufacturing With New Announcements 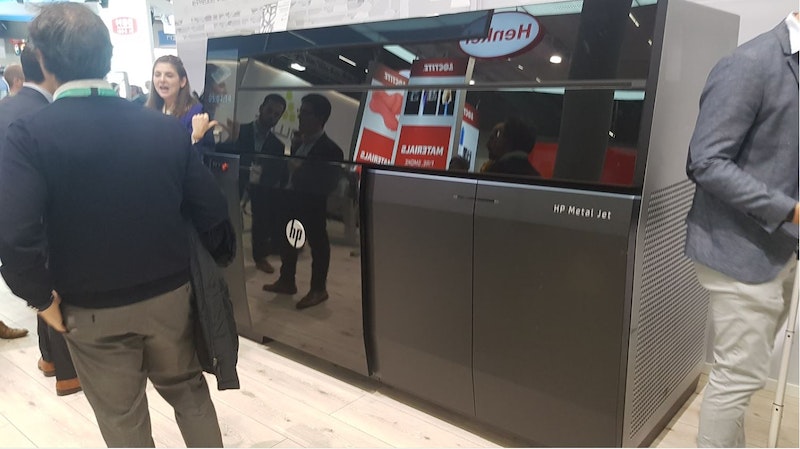 HP entries into the 3D Printing world have been significant. With both the release of their Jet Fusion and Metal Jet systems they have made waves in the industry. In a press briefing on 4th June 2019 the company announced they are "doubling down" on their progress in digital manufacturing with a string of announcements.
The most significant announcement was of a new material released. In partnership with BASF, HP will be delivering a polypropylene solution that the presenter, Ramon Pastor, described as a "massive milestone". This will be the lowest cost material in HP's portfolio and of great significance is the fact that it will be 100% re-usable. The company will continue to work with BASF for material development and applications, citing potential in automotive, industrial, consumer goods, and medical sectors.
HP announced new professional service capabilities and added Fast Radius to their Digital Manufacturing Network. They also announced the expansion of their industrial alliance with BASF and Oechsler.
The Metal Jet offering is at an earlier stage than its polymer counterparts, but it has significant potential, as shown in the announcement with Volkswagen in 2019. HP announced new customers in both Cobra, for golf equipment, and the US Marine Corps, for replacement parts in amphibious vehicles.
HP also highlighted the role they have played in the COVID-19 pandemic with over 2.4m response parts printed to date. They also see this pandemic as more reason for a shift to digital manufacturing, with it providing "a watershed moment" in considering what an optimised supply chain looks like.
None of these announcements individually change the landscape notably, with the biggest individual impact coming from the low-cost PP offering, but it clearly demonstrates that progression for HP in both polymer and metal offerings and their expanding community.
Learn more about 3D Printing technologies, materials, and markets with leading technical reports from IDTechEx. These reports are curated through many years in the industry and deeply rooted in primary information-based analysis. For more targeted reports on various parts of the 3D printing industry and more analysis on advanced materials and emerging technologies, please visit www.IDTechEx.com.