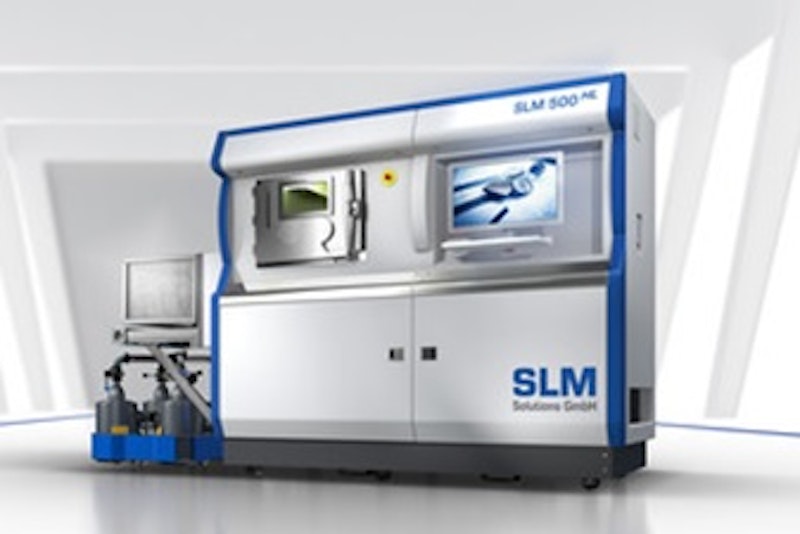 On Tuesday 6th September, General Electric caused a stir in the 3D printing industry by announcing plans to buy Arcam and SLM Solutions, for a total of $1.4 billion. This is part of the industrial manufacturers' growing demand for digital technologies. GE said it expected its new 3D printing business to grow to $1 billion by 2020 at attractive returns, but it is unclear what they are including in this figure.
3D printing has been used by engineers to build prototypes for decades but has recently become more widespread. GE Aviation's production of the flight-critical fuel nozzles for their LEAP jet engines using selective laser melting machines has been one of the most frequently cited examples of industrial 3D printing (including by IDTechEx analysts!).
Over 8000 such engines had been ordered by February 2015, each of which requires 19 3D printed nozzles. GE Aviation have opened a new manufacturing facility at Auburn, Alabama, which will print over 100,000 nozzles by 2020.
These fuel nozzles are 3D printed in a Cobalt-Chrome-Molybdenum alloy, using EOS M-280 printers, then post-processing using HIP to make them fully dense. During the development process. GE engineers tested selective laser melting machines from SLM Solutions, Concept Laser and Phenix (now part of 3D Systems) before choosing the EOS machines.
Now, GE has said it would offer 38 euros per share, or a total of 683 million euros ($762 million), to buy SLM Solutions. According to GE, it has already agreed to buy 31.5 percent of shares from major shareholders.
SLM Solutions sells 3D printers into the aerospace, energy, healthcare and automotive industries, including for the production of dental crowns and light aircraft parts. It is currently unclear how existing customers will be affected by the purchase.
IDTechEx expect the market for Selective Laser Melting machines to grow to $911M, at a CAGR of 22%. Currently, SLM Solutions have a market share of around 1%. However, GE Aviation have bought a large number of EOS machines. EOS have a market share of around 44%, but if GE transfer their budget to SLM Solutions it will make a significant difference.
GE is also offering 285 Swedish crowns per share, or a total of 5.86 billion crowns ($685 million), for Arcam, which invented and are the sole supplier of the electron beam melting machine for metal-based 3D printing. The build temperature is higher than selective laser melting, which leads to lower thermal stresses. The build requires fewer support parts, so less material must be removed and wasted.
IDTechEx believe the market for EBM machines will grow to $245M by 2020 at a CAGR of 22%. Arcam also have some revenue from metal powders (from their acquisition of AP&C) and orthopaedics contract manufacturing (from their acquisition of DiSanto).
Arcam currently serves customers in the aerospace and healthcare industries. Adler Ortho are an Italian orthopaedic implant manufacturer who started making products using EBM in 2006. By April 2015, Arcam's 3D printers had been used to manufacture over 50,000 hip and knee implants. It is unclear how this market will be affected by the purchase of Arcam.
Top Image: SLM 500HL 3D printer. Source: slm-solutions.com/machines